On Friday, legendary Australian cricketer, Ian Chappell reckons that India will require to dismissed seasoned run-machines Steve Smith and David Warner early in order to win the Test series in Australia later this year. Should the much-anticipated series goes ahead as scheduled with the COVID-19 pandemic being brought under control in the best-case scenario, the duo’s presence will provide an immense advantage to the hosts, according to the former Australian skipper.

During a show name ‘Sony Ten Pit Shop’, Chappell said, “I am certainly looking forward to it (the India-Australia series). It will be a very interesting one. India will come with the confidence of having won last time they toured Australia. It will be a bit harder this time (for India) with Smith and Warner in the Australian side. But India is well equipped to handle Australian conditions.”

Under Virat Kohli, India registered their maiden Test series win Down Under in 2018-19, after trying for seven decades. However, at that time, Australia missed the services of the swashbuckling batting duo of Warner and Smith, who were serving bans for ball-tampering.

Chappell heaped praise on current India skipper Virat Kohli, saying he is the best across the formats in modern-day cricket, reiterating a point he made recently.

According to Ian Chappell, cricket will be different in the post-COVID-19 world, but he also stressed that the game of cricket is strong enough to survive it.

Chappell elaborated, “It will certainly be different and I am not 100 percent sure in what ways it will be different. But the game continues to evolve and I am sure it is strong enough that it will survive this. You would hope that the administrators have taken this time to think about the game and where it’s going to go and where it can improve, so hopefully it might even come back stronger.” 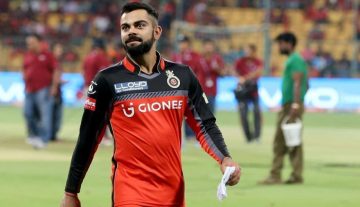