A senior official of the ICC Anti-Corruption Unit (ACU) reckons that criminalizing match-fixing in India will be the “single-most-effective thing” in a country where the police don’t have complete liberty because of the absence of any stringent law. Legal experts have been asking to take precedence of criminalizing match-fixing in India, the lack of which has meant that the hands of authorities have been tied when it comes to investigating corruption in the popular sport.

As per the reports of ESPNCricinfo, ICC ACU’s coordinator of investigations, Steve Richardson said, “At the moment with no legislation in place, we’ll have good relations with Indian police, but they are operating with one hand tied behind their back. We will do everything we can to disrupt the corruptors.”

He further elaborated, “We have currently just under 50 investigations. The majority of those have links back to corruptors in India. So it would be the single-most-effective thing to happen in terms of protecting sport if India introduces match-fixing legislation.”

With India set to host two ICC world events in the next three years, Richardson urged the Indian government to frame legislation on match-fixing like the way Sri Lanka did, which became the first major cricket-playing country in South Asia to criminalize the corrupt practice in 2019.

Both Richardson and BCCI’s ACU head Ajit Singh were part of a panel discussion on the subject of ‘Does India need match-fixing legislation?’ as part of the Sports Law and Policy Symposium held on June 20. More than the players, Richardson asserted that creating such a law will force some fear in the corruptors, who he said were right now freely moving around.

Singh, a former Indian Police Service (IPL) officer, agreed that there is a need of an adequate law to cover match-fixing. ICC ACU chief said that betting and corruption should be seen separately because betting is legal in many countries. 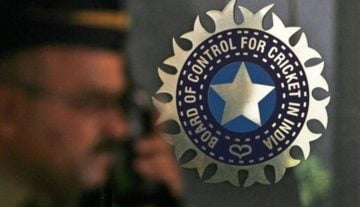 News
By CricShots - Jul 3, 2020
BCCI Willing To Find Out The Organizer Of T20 tournament in Chandigarh