International Cricket Council’s (ICC) Foreign Security Consultant Reg Dickason said on Sunday that he would submit a report on the security rehearsal of the Pakistan Super League (PSL) 2018 final within seven days. 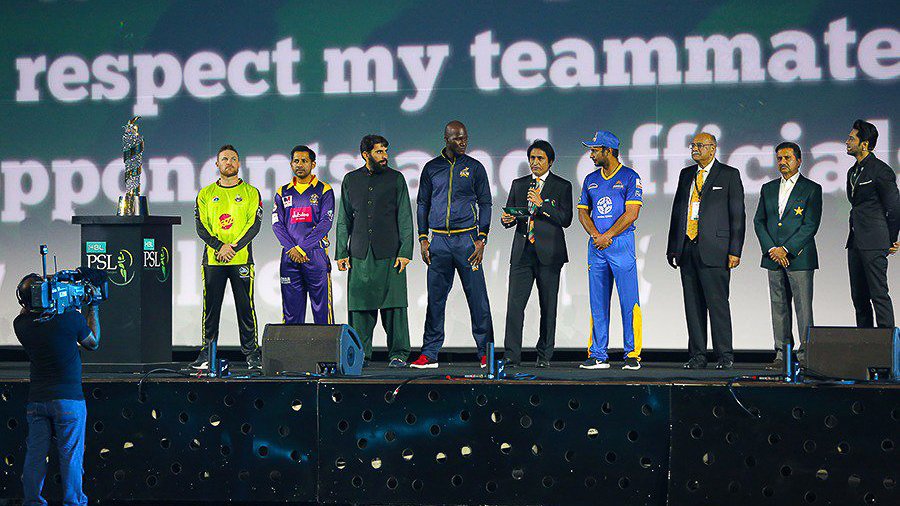 The comments were made after the security rehearsal conducted for the final of PSL 2018. The final itself is expected to be held in Karachi on March 25.

“I thank everyone involved in providing us with such a thorough and professional presentation [of the security arrangements]. The efforts of all the agencies combined with Mr Sethi from the Pakistan Cricket Board’s (PCB) are very encouraging to see, and that would reflect in any further reports we give to the PCB and the ICC” Dickason said.

“We do have a few things to discuss, but overall, it was an impressive show that came after months and months of planning and discussions,” Dickason said when asked if the rehearsal will be enough for the ICC to convince players to come to Pakistan.

Sindh Home Minister Sohail Anwar Siyal, while visiting the National Stadium during the rehearsal, said that the Sindh Government has delivered on its promise and is hopeful that all concerned parties will be satisfied with the arrangements made for the PSL 2018 final to be conducted in Karachi.

A total of 34 matches will be played across different venues in Dubai, Sharjah and Lahore. During the season, all teams will play against each other twice before the top four teams qualify for the play-off stage.

It was seen by some as a watershed moment in Pakistan’s cricketing history as it saw several foreign cricketers visit Pakistan under tight security years after a gun-and-bomb attack on a Sri Lankan side in Lahore.

Since the PSL 2 final, a World XI side and a Sri Lanka side have also played in Lahore. The PSL 2018 final is seen as the next step in PCB’s long-term plan to bring international cricket back to the cricket-deprived nation.