According to the current schedule, the mega-event is expected to take place in Australia was initially scheduled in the October-November window.

However, considering the current situation, the T20 World Cup is likely to postponed further and the ICC can be expected to make the announcements by next week. At the moment, the main concern for ICC and Cricket Australia is to finalize a new window to host the tournament.

Cricket Australia could schedule the T20 World Cup next year in February/March, as reported by The Times of India. However, the tournament will overmuch the T20 format as the next edition of the Indian Premier League (IPL) will also begin in April next year. If the T20 World Cup is scheduled in that window, England‘s tour to India will also be put in jeopardy.

If BCCI agrees to allow CA to host 2021 edition of the T20 World Cup and in turn hosts the 2022 edition, things will become much simpler. However, the possibility of things happening in this way looks vague as the BCCI is already negotiating an Australia tour with CA later this year.

Postponement of the T20 World Cup will leave a blank window in October and November and it will provide BCCI an opportunity of hosting the IPL 2020. BCCI will not mind chartering an airplane to fly in overseas players for the tournament.

However, the idea of hosting IPL 2020 in that window will all be dependent on the COVID-19 outbreak. The coronavirus outbreak has to subside first so that governments approve the travel of overseas cricketers. At the moment, there is no certainty over the matter and things might get clear in the near future. 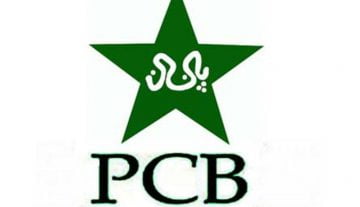 Article
By CricShotsStaff - May 28, 2020
PCB Heavily Against Postponing T-20 WC Before ICC Meeting