After the ICC World Cup 2019, South Africa will be having their first international assignment as they will be locking horns against India in the first T20I of the three-match series on Sunday in Dharmasala. While the Indians have already started their preparations for the ICC T20 World Cup 2020, South Africa has also taken some tough calls for the mega event. \

A couple of new faces have been included in the Proteas squad which will be led by Quinton de Kock although they face a tough task against Virat Kohli and his men. With the addition of Hardik Pandya, India will be hot favorites to win the game with home conditions also being favorable to them. But with most of the South Africans already being accustomed to the Indian conditions through A tours and IPL, the margin of error has also been reduced for the men in blue.

A good batting has been expected which will help the tweakers as well. New ball bowlers should get sufficient swing upfront due to the cloudy conditions with 165-170 being par on the pitch. Although rain is expected on Sunday in Dharamsala, it should stay clear for the entire duration of the game. Here are some predictions for the game:

With the returns of Hardik Pandya, the Indian line-up gets fired up which already includes Virat Kohli and Rohit Sharma. In spite of a poor showing against West Indies, Shikhar Dhawan is expected to open alongside Rohit with Rishabh Pant/ Shreyas Iyer expected to bat at number four as the latter did phenomenally well in the ODIs against West Indies with Hardik and Krunal Pandya following him. While Khaleel Ahmed is certain to play in this match, Deepak Chahar’s sensational performance in the third T20 against WI should give him the nod over Navdeep Saini.

South Africa will bank on the experience of Quinton de Kock, who was part of the IPL 2019 winning roster of Mumbai Indians. He will open the batting with Reeza Hendricks while Rassie van der Dussen occupies a top-order role as well.

David Miller can be lethal in the death overs and could be given a promotion to number four with the likes of Temba Bavuma and Dwaine Pretorius batting in the middle overs. Allrounders, Andile Phehlukwayo, and George Linde will provide the much-needed balance in the side with Bjorn Fortuin being one to watch out for in the powerplay overs. Kagiso Rabada will play a crucial role for the South Africans with Nortje and Beuran Hendricks complimenting him. 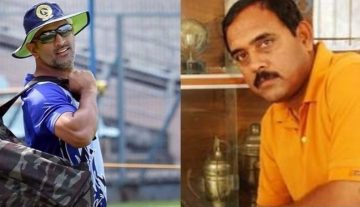