On Thursday, the BCCI’s Supreme Court Appointed Committee of Administrators (CoA) announced the formation of a three-person independent committee which will do the further investigations of sexual harassment made under the MeToo row against CEO Rahul Johri, although it publicly acknowledged that its two members – Chairman Vinod Rai and former India Women’s skipper Diana Edulji – were in disagreement over this course of action.

While Rai was in favor of appointing an independent committee, Diana called for Johri to either resign from his position or his contract be terminated. However, Rai’s decision was overruled as they named a three-member panel consisting of Justice Rakesh Sharma, a former judge in the Allahabad High Court, Ms. Barkha Singh, former Chairperson of the Delhi Commission for Women and P. C. Sharma, former CBI Director.

As per the press release of CoA, the committee has been asked to submit a report comprising of findings and recommendations within a time period of 15 days. However, in the meantime, Johri has will continue to be on the leave before the submission of the report by the independent committee and the same is acted upon.

Apart from the above actions, CoA also needs to deal with the seven state associations – Haryana, Tamil Nadu, Goa, Gujarat, Saurashtra, Madhya Pradesh, and Karnataka – who have requested to take an action against Johri. In fact, the state associations of Gujarat and Tamil Nadu have also barred Johri from entering their premises until his name is cleared by an independent panel, which was constituted after their letters were sent.

The accusations on Johri were made by an anonymous person, who claimed to be his colleague during his stint at the Discovery Channel. The anonymous account was posted on Twitter by an author who later stated that she did not want the charges published nor her name used in the context. Johri had worked in various positions with the Discovery channel from 2001 to 2016 before taking over as the BCCI CEO.

In the press release issues by CoA, the BCCI noted that Johri submitted his explanation on October 20 in which he denied the allegations as according to him the incident never took place. While Rai was of the view that an independent probe was necessary, while Edulji took the view that in the wake of such “grave allegations”, Johri’s position as CEO was flawed and “it would not be in the interests of BCCI and Indian cricket that he represents BCCI.” 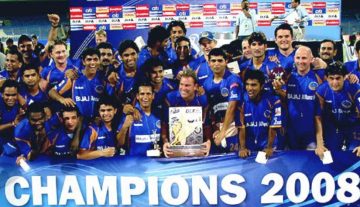