Article
India is in urgent need of having a players’ association for better administration
By CricShots - Jul 1, 2017 5:12 pm
Views 0 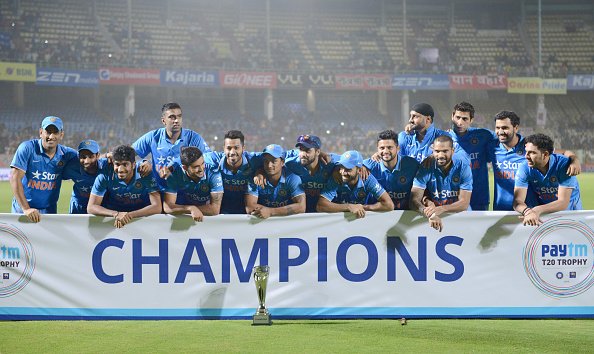 In order to avoid the hovering of tense clouds like the Australia is facing, India needs to have a player’s body for productive administration. Team India has been playing cricket without a break since August 2016 and it is a high time a body normalizes the FTP program scheduled by the BCCI.

Currently, the Indian cricketers do not have any association and are not a part of the FICA as well. To which, the Lodha panel suggested a change citing out the outstanding role of the players in the squad on the basis of their proficiency, understanding of ground reality, domain knowledge, perception, and acumens.

Considering India’s schedule since 2016, most of the players took part in Duleep Trophy which was followed by a Test tour to the West Indies and a two-match T20 series in Miami, Florida. The players then took part in perhaps one of the most hectic home season where they hosted Australia, New Zealand, England, and Bangladesh in 13 Test matches.

Meanwhile, the One-day and T20 series against New Zealand and England were slotted in. India won each and every series they took part in since August 2016 until March 2017, which is an achievement itself. But, they could barely recover from the drudgeries from the season; they were pushed into playing in the IPL which started a week post-India’s victory over Australia. The two-month long T20 league concluded and soon the Indian players board the flight to London to defend their title Champions Trophy 2017.

India still managed to reach the final of the Champions Trophy and hardly a week post the end of the tournament; they took a flight to West Indies to play a five-match ODI series as a favor to the WICB, in front of empty seats watched only by friends and ground staff.

The questions which can be raised that why Indian Cricket Team visited West Indies after such an exhausting season? Is there some enigmatic cricket reason we are missing? Are the players just players or partners in governance? The BCCI needs to answer these questions with equivalent actions, that too as soon as possible.