With a forgettable 8-wicket loss to Australia in the first Test match in Adelaide on Saturday, it is for the first time that Team India has suffered 3 consecutive losses in the longest formats under skipper Virat Kohli. Another stunning captaincy record of Virat Kohli came to an end with the loss on Saturday as Team India had never suffered a loss in the longest format whenever the India skipper had won the toss.

Prior to Saturday, Kohli had won the toss 26 times as the Indian skipper and the team had managed to win 22 of those matches and drawn 4. The loss on Saturday comes at the back of two successive losses that India had faced in their previous two Test matches against New Zealand in February earlier this year.

India suffered a loss by 10 wickets in the first Test match against New Zealand at the Basin Reserve in Wellington and followed it up with a 7-wicket loss at the Hagley Oval in Christchurch.

However, the loss on Saturday against Australia in the Day-night Test in Adelaide will also ensure that for the first time since 2015, the team will end a year without a win under him. Virat Kohli will miss the last three Tests of the ongoing tour of Australia as he will return to India for the birth of his first child.

With the Covid-19 pandemic disrupting the cricket calendar for this year, India have only played 3 Test matches in 2020 so far and have lost all of them. The next Test match will be the 2nd Test against Australia in Melbourne and will start on December 26. Ajinkya Rahane will lead Team India for the match. 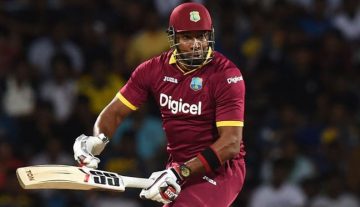