The Border-Gavaskar series between India and Australia later this year will be commencing with the pink-ball Test at the Adelaide Oval, which will be the first time Virat Kohli and his men will play a pink-ball Test on foreign soil. The day-night Test match is scheduled to be played between December 17 and 21 while the remaining three Test matches will be taking place in Melbourne (December 26-30), Sydney (January 7-11), and Brisbane (January 15-19).

The four-match Test series will be preceded by the 3 ODIs and 3 T20Is but the schedule for the limited-overs leg is yet to be confirmed by Cricket Australia. Team India had retained the Border-Gavaskar trophy by beating Australia 2-1 in the four-match Test series and clinched the ODIs as well by the same margin on their 2018-19 tour Down Under while the 3-T20I series ended in a 1-1 draw.

According to the recent reports, the white-and-red-ball series are expected to leave for Brisbane immediately after the conclusion of the Indian Premier League (IPL) 2020 which is taking place in the United Arab Emirates.

The players will be staying in a bio-secure environment after completing a mandatory quarantine period upon arrival in Australia. India’s tour is expected to be commencing with the T20Is from November 27 followed by the ODI series from December 4, as per the reports.

The above-mentioned dates for the ODIs and T20Is are only tentative as Cricket Australia is still waiting for the final nod from the Queensland government to host the games.

Queensland government is yet to approve the international arrival and quarantine of Indian and Australian players from the IPL 2020 in Brisbane. Anyone flying into Queensland has to undergo a 14-day quarantine. 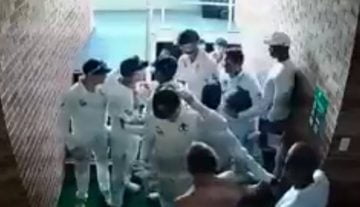