The no.1 Test ranking team India thrashed the new Test team Afghanistan just under the second day of the one-off Test match at Bengaluru. In that historic encounter, India won by an innings and 262 runs. 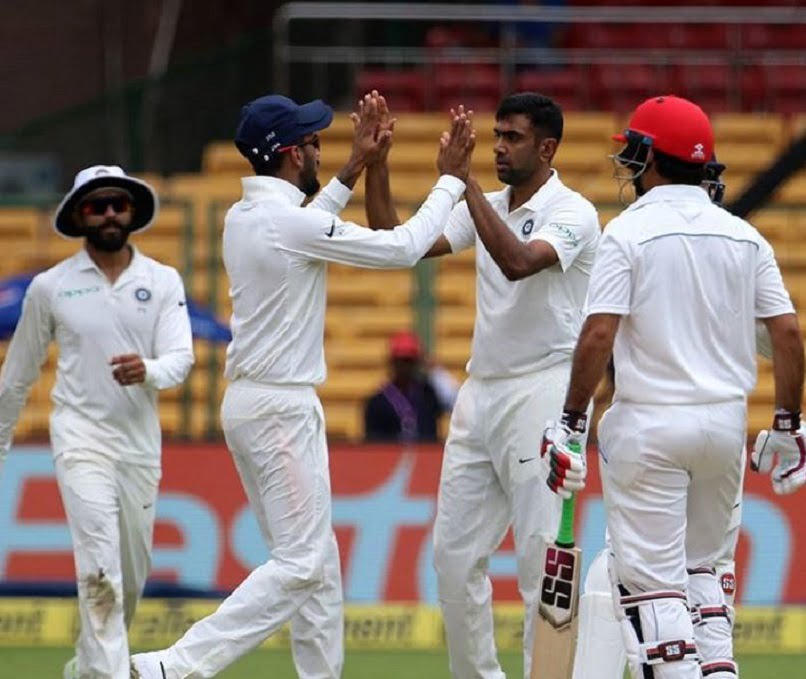 On Thursday morning, Afghanistan became the 12th Test members when their captain Asghar Stanikzai came to toss but lost and had to bowl first.

Both the Indian openers scored centuries in the first innings. Shikhar Dhawan played the smashing knock of 107 runs off 96 balls while Murali Vijay scored 105 runs off 153 balls. Also, the no.3 batsman KL Rahul scored 54 runs.

The openers 168-run partnership set a good total for the team. However, India suffered a batting collapse in the next stage as they went down to 334/6 from 280/1. Hardik Pandya played an important innings of 71 runs off 94 balls and the lower-orders also helped to provide some important partnerships.

Finally, India was bowled out for 474 runs during the first session on day 2. Pacer Yamin Ahmadzai, who delivered the first ball for Afghanistan in their Test cricket history as well as Afghanistan’s first Test wicket-taker, took the most wickets as his bowling figure was 19-7-51-3.

In reply, Afghanistan was bundled out for just 109 runs in their first ever Test innings. Only Mohammad Nabi (24 runs) reached the 20-run mark in that innings.

Indian off-spinner Ravichandran Ashwin (4/27) picked up 4 wickets in that innings, while Ishant Sharma (2/28) and Ravindra Jadeja (2/18) scalped two wickets each and Umesh Yadav (1/18) completed his 100th Test wicket by claiming one wicket.

Having a big 365-run lead at the end of the first innings fight, India forced the new Test team for the follow-on. This time the Afghan team was bundled out for just 103 runs. Only Hashmatullah Shahidi (36* runs) and the skipper Asghar Stanikzai (25 runs) reached the 20-run mark.

At the end of the match, Shikhar Dhawan won the Player of the Match award.

This Video is Just Brilliant.. Rahane called the whole Afg Team to Join them in the celebration..

Yes its Just their 1st they are going to be a Force.. #IndvsAfg pic.twitter.com/hvPSuA13oD

History In The Making !!

The romance of Afghanistan's debut is now face-to-face with the reality of test cricket. Just 28 overs in the first innings.

Most wickets in a day of a Test in last 100 years.

Only the 4th instance of a team dismissed twice in a day. #IndvsAfg

KL Rahul could have easily scored Century but he got out to give chance to ajinkya rahane and other batsman
Simplicty Level 99.9999999999999 %#INDvAFG #INDvsAFG

Very nice innings from Hardik Pandya. Controlled, played at the pace he wanted. The innings of a batsman.

India first Asian side to win a Test in two days!#IndvAfg

Think Afghanistan missed a trick with the second new ball…should’ve taken. And now, it’s a little too late. #IndvAfg @StarSportsIndia 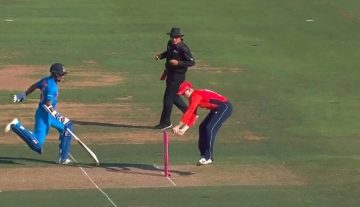 Article
By CricShots - Jul 6, 2018
Eng vs Ind: Rahul and Dhawan Commits Huge Mistake In The Same Over