Amidst Coronvirus pandemic, the cricketers have not been able to play regular cricket. However, the Indian cricketers never look to compromise with their exercise routine that might affect their fitness or game in the near future. A BCCI official went on to reveal that the cricketers are provided with a mandatory exercise routine for them to follow until things get back to normal.

Team India was scheduled to lock horns with South Africa for a three-match ODI series. However, it got abandoned due to COVID-19 outbreak. The officials didn’t find it advisable to carry on with the matches under such difficult conditions. Soon, other sporting events in India and across the globe got abandoned or postponed due to the same reason.

Now, the governments of different countries are forced to arrive at the decision of lockdown to protect every single individual from its adverse effects. On one side, some Indian players were recently spotted interacting with their followers on social media, others have also not forgotten to carry on with their daily routine.

They are asked to do some mandatory exercises until they are away from the cricket field. Recently, in an interview, a BCCI official revealed that all the players whether they play Tests, ODIs or T20Is. The players are given specific fitness routines which they need to follow regularly.

The BCCI official said, “All the players, irrespective of whether they play red-ball cricket or white-ball cricket or all formats, have been given fitness routines which they are to follow and give updates to Webb and Patel from time to time. The routines have been created keeping in mind the demands of the players.” 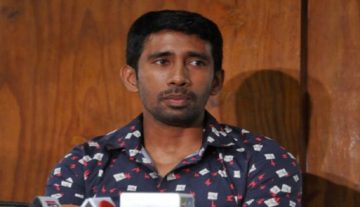