The Indian selection panel, led by former Indian spinner Sunil Joshi, made the announcement for the Indian squads a three-month-long tour of Australia this summer. KL Rahul, who was dropped from the Test squad after the 2019 series in West Indies, has finally managed to make a comeback with his stellar performances in recent times.

On the other hand, Hardik Pandy, who played his last international match on September 22 last year will be playing will feature in the white-ball formats. Pandya was part of the squad for the home ODI series against South Africa in March, which was called off because of growing concerns over Covid-19. Rohit Sharma hasn’t been included in any of the three squads. Tamil Nadu spinner Varun Chakravarthy, who has had a rewarding IPL 2020 so far, earned his maiden India call-up for the T20 squad.

According to the provisional schedule Cricket Australia shared with the BCCI last week, the ODI series will be commencong on November 27 while the last of the four Tests will begin in Brisbane from January 15. However, the BCCI is yet to formally accept it since both the Boards have been in discussion over Indian cricketers’ family accompanying them Down Under.

Despite the itinerary not formally being made public, the Test specialists, have already arrived in Dubai for being qurantined. Once they complete their quarantine, they can train together before the touring party departs for Sydney from Dubai after the IPL final on November 10.

ALSO READ: Ben Stokes Paid Tribute To His Father After His Century

Some of the recent reports have suggested that Team India has requested the BCCI for a psychologist and motivational trainer in Australia to better handle the challenges of living in the bio-bubble. This tour will mark the first bilateral engagement for Kohli and his men  side since March. 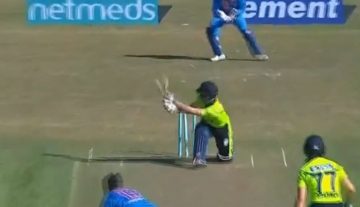