MS Dhoni and Virat Kohli entered straight into the finals of their first ever ICC tournament as captains of the Indian team. They are arguably the most followed cricketers for the country. The two are also always capable of generating fireworks at will, but they also have incredible respect for one another and at no point has there been any sort of hatred between the two great players.

In recent times, Kohli has a lot of times highlighted the importance of having Dhoni around to talk about strategies in crunch situations. He appreciates the prominence of Dhoni’s inputs and is always looking up to him to discuss something when he feels there is a need. However, he doesn’t always use Dhoni’s guidance and there have been times that Kohli has acknowledged to having felt his own way was better. Despite all this, the fact remains the same that Kohli allows Dhoni to set the field up when required. 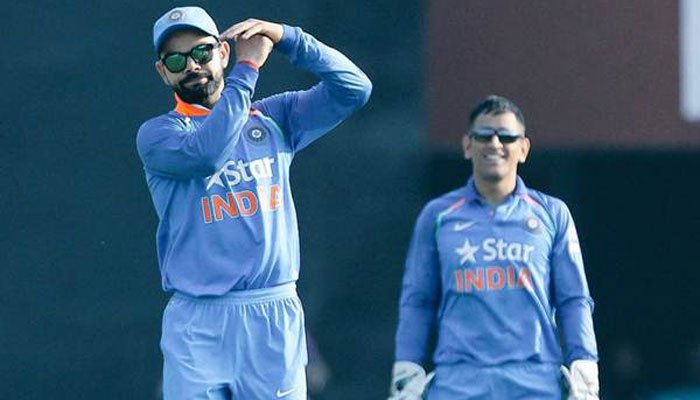 One of the major advantages that Kohli has as a captain is Dhoni’s perceptive capability to read the game well. As well all know that a wicket-keeper has a superior view from behind the stumps, Dhoni is aware of the areas that the batsmen are aiming and is able to convey Kohli the setup he feels will provide a breakthrough for the team.

The great finisher also has the gift of judgment when it comes to LBWs. All he necessitates from the bowler’s end is to know whether or not the ball has hit the bat; once he gets the affirmation, he knows when to review the decision. Such a lead is a real bonus for the team when there’s only one review available. Statistics have clearly mentioned that Dhoni is aware of when to show the “T”. His average strike rate while reviewing is much higher than many of the other cricketers in the world.

Dhoni passes the baton to Kohli 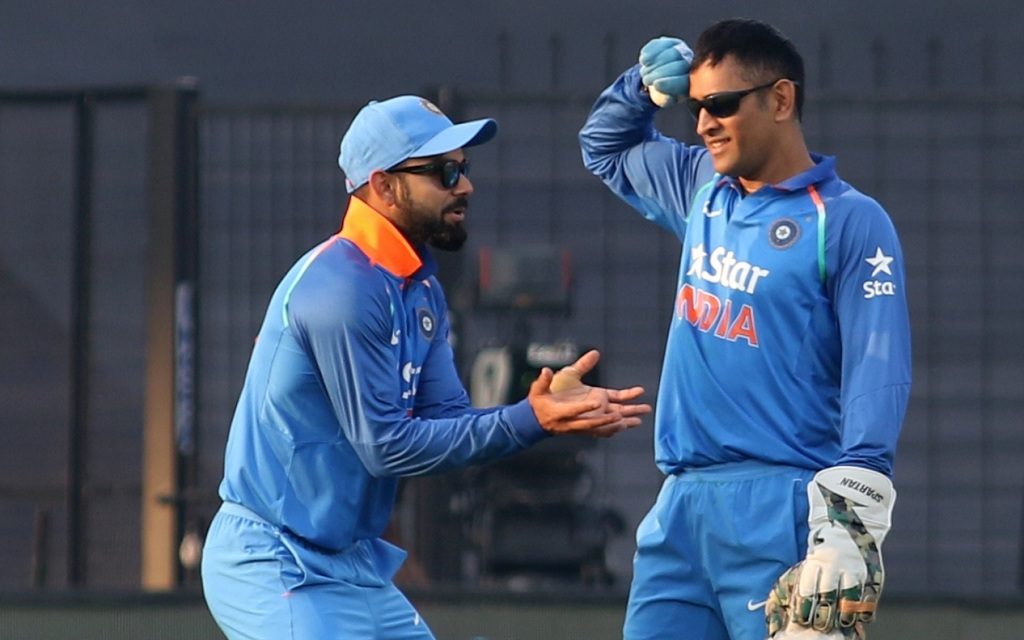 In all words, it is the well-known passing of the baton from Dhoni to Kohli. Kohli has played his complete international cricket under the guidance of former skipper, so he would have picked up a trick or two. All that is vital is for Dhoni to pass on everything else he knows before calling it a day.