In the ongoing 11th season of the Indian Premier League (IPL) has witnessed the comeback of the Break The Beard Challenge. And once again, a few Indian players, along with Sunrisers Hyderabad (SRH) skipper Kane Williamson, have got rid-off their bearded look for a cleaner one. Last year, during the season of the cash-rich T20 extravaganza, Indian cricketers had taken up the challenge. Top Indian stars Ravindra Jadeja, Rohit Sharma, Hardik Pandya and Ajinkya Rahane had gotten rid of their facial hair last year.

During IPL 2018, even as the on-field action in IPL intensifies, Shikhar Dhawan, Ravindra Jadeja, and some other players have decided to bring about a bit of a change in their look. Dhawan and Jadeja began the trend as they trimmed their beards and while Dhawan showed his new look to his fans, Jadeja dedicated the look to Chennai Super Kings (CSK) fans.

Here some of the IPL 2018 players, who took up the #BreakTheBeard Challenge:

Here is something new for my fans, from my fans! Time to take it to the #NewLevel. Gabru ni bolda ohda swag bolda. Buraaahhhh💪🏽💪🏽💪🏽#newlook #breakthebeard

Shikhar Dhawan took to Instagram to share his new look and said: “Here is something new for my fans, from my fans! Time to take it to the #NewLevel. Gabru ni bolda ohda swag bolda. Buraaahhhh💪🏽💪🏽💪🏽#newlook #breakthebeard”.

In the season so far Shikhar has amassed 290 runs in 10 matches at the strike rate of around 140 with the help of two half-centuries. 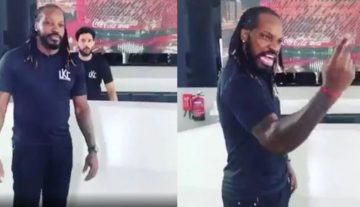