There is a line etched on the IPL trophy which every team plays for. That line is written in Sanskrit, which means “where talent meets opportunity”. The IPL has long tried to portray its image as the ultimate Indian cricket factory with claims of discovering cricketers in the cut-throat competition. This IPL also we have few uncapped players stepping up the plate and outdoing Indian as well as overseas players. Here is a look at the best of them –

The former Mumbai Captian is now with his home team in the IPL after spending few years at Kolkata Knight Riders. Despite delivering good performances, Surya was never utilized properly by KKR team management and failed to showcase his talent.

This year with the Mumbai team, he has already started to show what he is capable of. He started off the season well with 43(29) against CSK when rest of the batsmen struggled initially. Mumbai sent him to open in the third match against Delhi and he delivered with 53(32).

The impetus will be on Surya to be consistent with his performances. His dynamic fielding and ability to adapt to the situations shall serve him well in limited-overs cricket.

The 24-year old from Haryana had sparse opportunities in the IPL so far where not many even remembered his name. This year also he was more of a back-up as there was already the towering presence of one of the most successful bowlers in the IPL so far, Amit Mishra.

The leg-spinner Tewatia first impressed the team management with his economical bowling spell in the losing cause against KXIP. In a match where Amit Mishra was bashed by KL Rahul, Tewatia ended up with 1/24. This kept his place in the team ahead of Mishra. Tewatia took two wickets against Mumbai Indians as well. 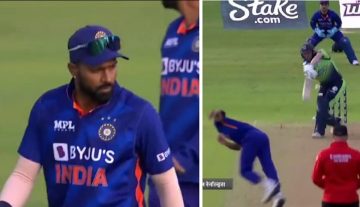