List of injuries is already lurking in the corners of IPL 2018. A lot of teams have already missed their key players due to injuries. In their first home game against Chennai Super Kings, they had put up a jubilant show but had ended up losing to the Yellow Army. Hardik Pandya had suffered from a strain on the match itself though he was seen bowling overs for Mumbai. But in today’s match, his participation is in all doubt. 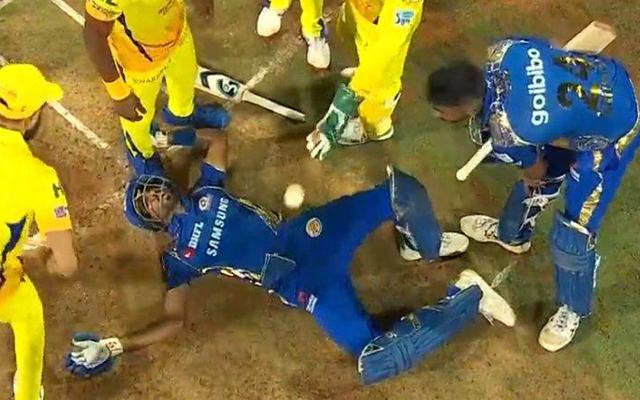 Pandya has been on a roll in the inaugural match. He took three wickets and was quite economical too. But things went bad when he twisted his ankle while he was batting for his side and was seen to be quite in distress. Though after the match the skipper Rohit Sharma had declared the fact that Pandya fit to take on the next game against Sunrisers Hyderabad but Pandya missed the practice session in the morning. This has raised a lot of questions.

Pat Cummins who was a part of MI squad will already be missed due to his injury and being ruled out and now if similar things happen with Hardik Pandya then MI is in real hot waters. Pandya has always been a crucial part of the Blue army and delivered the best.

If Pandya misses the game, then Pradeep Sangwan must be getting a place on the team. Sangwan had had a great performance this year at Syed Mushtaq Ali Trophy taking Delhi into finals with his great batting and economical bowling. though no further details are given by the team officials, a lot of speculations are going around.

Hopefully, the all-rounder will soon make his appearance on Mumbai. Mumbai will take on their second game against Hyderabad on their home ground tonight.