Sunrisers Hyderabad (SRH) team management has finally decided their new captain for the upcoming season of the Indian Premier League (IPL). They have announced that the new captain for their side will be Kane Williamson in IPL 2018. The announcement was made on the official Instagram page of the team. They out a post which read, “Kane Williamson has been appointed as captain of SunRisers Hyderabad for IPL 2018.”

Kane Williamson has been appointed as captain of SunRisers Hyderabad for IPL 2018.

Kane Williamson didn’t take long to accept the position and is all geared up for the role and is looking forward to the challenges ahead. On Wednesday, David Warner has stepped down from SRH’s captaincy on Moral grounds as he found guilty of being the prime conspirator in the ball-tampering episode.

Along with Warner and Steve Smith was banned from IPL 2018, as announced by the IPL commissioner Rajiv Shukla on Wednesday.  The duo has also been suspended by Cricket Australia for one year from international cricket. Smith has also stepped down from his captaincy of IPL franchise Rajasthan Royals (RR) and  Ajinkya Rahane has been announced as the new captain.

While talking about replacing Warner as a player, wicketkeeper Wriddiman Saha said, “The decision is yet to be taken so I am assuming the team is planning for the season keeping him in mind. In hindsight, if he is not there, the team is strong enough to replace him.”

Also read: Lehmann finally speaks out about the ball-tampering incident

Saha also opined that the SRH team will be good enough to compete even without Warner, he said, “He has batted superbly for SRH in the last few years and as captain has done well too. But I feel, we have replacements to fill his void. It may not be 100 percent as he is a quality player, but we can try and fill the gap.”

However, SRH team management is yet to announce the replacement for Warner for the upcoming season of IPL. They have a plethora of quality options to choose from the marquee players like Joe Root, Hashim Amla, Martin Guptill and lots more. 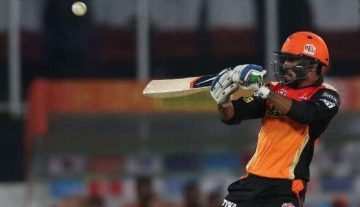