During the 23rd match of the 11th season of the Indian Premier League (IPL) between Mumbai Indians (MI) and Sunrisers Hyderabad (SRH) at Mumbai, Kane Williamson, Sunrisers Hyderabad’s captain, acted in a way which would earn him oodles of respect and also provide his team with some additional fair play points.

Rohit Sharma, captain of Mumbai Indians, had won the toss and chose to field. The Indians fielded an unchanged playing eleven. On the other hand, the visitors made four changes to their playing eleven. Shikhar Dhawan, Mohammad Nabi, Sandeep Sharma and Basil Thampi were included in place of Ricky Bhui, Deepak Hooda, Bhuvneshwar Kumar and Billy Stanlake.

It was not the best of situations for Williamson to get out for his team was already in a spot of bother. Having said that, he put his ethics ahead of him to walk after he edged a delivery to Ishan Kishan.

It happened on the first delivery of the ninth over when Hardik Pandya induced an inside edge of Williamson’s bat. Citing the fact that the umpire had not ruled him out, Williamson walked away to become an epitome of fair play. 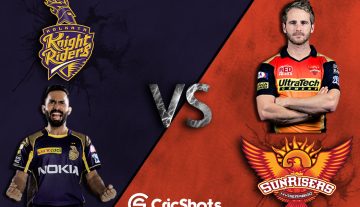