Like the flamboyant region they represent, the journey of the Kings XI Punjab (KXIP) has been full of ups and downs IPL. Despite playing in a final once, they have never been able to get even close to winning the IPL Trophy. This year in the auction, their Bollywood Queen Preity Zinta splurged every penny she had, bid for every player she could and managed to put together a mighty squad.

However, the major problem for Punjab in the upcoming season of IPL will be the lack of consistency in the home venue matches. They will play three matches in Mohali and four matches in Indore due to logistical issues. This will not allow them to play to their strength and lose out on home advantage. Apart from this, they will surely miss some of the crucial players of their squad, who have brought them laurels in the previous editions. Some of the players who will be definitely missed are Glenn Maxwell, Manan Vohra Manan, Murali Vijay, Hashim Amla, Sandeep Sharma Sandeep, Wriddhiman Saha.

Punjab lacks depth in the Indian pace bowling department as well. In the last two seasons, they had Sandeep who picked early wickets from them. They do not boast anyone of high quality to partner Andrew Tye. Mohit Sharma and Barinder Sran will have to work harder this season to match that standard.

In previous editions, it was Vohra’s opening stands which use to help KXIP to post huge totals on the board along with some cameos from Murali Vijay, who will play for Royals Challengers Bangalore (RCB) and Chennai Super Kings (CSK) in IPL 2018. In middle order, it was some phenomenal innings from Maxwell in IPL 2014 which helped them to reach the final but his ability to hit the ball hard will be surely missed.

Last year, Amla scored 2 IPL centuries for Punjab which helped them to win sufficient amount of matches as well, but despite that, it was pretty shocking that he went unsold in IPL 2018 auctions. More importantly, Sandeep’s contribution for the Punjab based franchise was enormous in last 2 seasons as he has been pretty instrumental for them. In 2018, KXIP will also miss a specialist wicket-keeper batsman as Wriddhiman Saha has moved to Sunrisers Hyderabad (SRH) for the upcoming season. Recently, in a domestic cricket match, Saha smashed a century in just 201 balls.

Now, the questions arise is whether the KXIP team management has been successful in finding apt replacements of these missing cogs from the team and the answer to that will be, yes up to some extent they have found the replacements. Let’s have a look at it:

Wriddhiman Saha – No replacement for Saha!!!

The absence of a quality wicketkeeper means an extra load of keeping on KL Rahul which may hamper his batting as he has never kept wickets so extensively. Their backup keeper Akshdeep Nath is an unknown entity in the IPL. 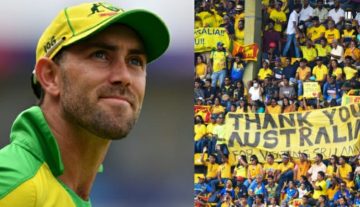