Indian chinaman bowler Kuldeep Yadav has now become one of the crucial cogs in the national squad as whenever the Indian skipper Virat Kohli need wickets, he turns to Kuldeep. But a lot of credit for Kuldeep’s improvement as a bowler goes to the Indian Premier League (IPL) franchise Kolkata Knight Riders (KKR). Despite the fact that he started as a backup bowler for KKR, he has become one of their go-to bowlers and because of the same reason KKR use used he RTM card on him during the IPL players auction 2018.

Recently, during a chat with CricketNext, Yadav revealed his bucket list for the upcoming season of the cash-rich league. He said that he is looking forward to dismissing Virat and MS Dhoni in IPL 2018. He said, “I would be lying if I said I didn’t have any personal goals going into this season of the IPL. I too have a bucket list and I wish to dismiss Kohli and Dhoni. You don’t get better players of spin bowling and the IPL is the only tournament when you get to have a go at them. Sometimes I feel I am privileged that I am on the same team as them and don’t need to bowl to them on the international stage (laughs). But this year I want to dismiss them and this is the tournament that gives me that opportunity.”

Because of the fact that IPL had given him the platform to showcase his talent, Kuldeep feels that India’s biggest money spinners also help players to make a mark for themselves. He said, “The IPL has always been big, and I have always looked forward to being a part of the tournament. Initially, people would say that it is a format for the batsmen and there is nothing for the bowlers, but I have always felt that it is the perfect platform for any cricketer if you wish to make a name for yourself and get noticed. You get to play not just against the best in the business, but also get to share the dressing room with some of the big names and learn a lot from the professionalism and the dedication that is on display.”

There have always been comparisons between Kuldeep and Brad Hogg in IPL, but the youngster credits the veteran for his immense help to improve his craft. Talking about the same, Yadav said, “I have picked on his brain through the years. Our art is any way rare. I feel I was lucky to have someone like him on my own team. It helped to get to see him from close quarters. I was always open to his ideas and tried to learn as much as I could.”

Also read: IPL 2018 – Micthell Starc Has Been Ruled Out

In the upcoming season, the KKR team will surely miss the services of his most successful skipper, Gautam Gambhir as he is been roped in by Delhi Daredevils and Dinesh Karthik has been named KKR captain. Speaking on the same lines, Kuldeep said, “I feel fresh faces doesn’t change the willingness to go out and perform. We are in it to win it and the fresh faces mean new friendships and getting to know some other players over the next two months. The IPL is as much about high-quality cricket as it is about enjoying yourself and soaking in the atmosphere over the next two months,” 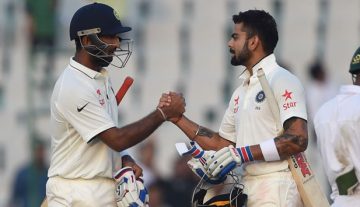