In the 16th game of IPL 2018, hosts Kings XI Punjab (KXIP) will face Sunrisers Hyderabad (SRH) at Punjab Cricket Association IS Bindra Stadium (Mohali, Chandigarh) on Thursday night. Presently, the Hyderabad team is at the second position and KXIP is at the third position of the points table.

Sunrisers Hyderabad is the only team in this IPL season who have not lost a game yet as they won their all three games in this season (Rajasthan Royals, Mumbai Indians, and Kolkata Knight Riders). Meanwhile, KXIP has played three games in this season and won twice of them (Delhi Daredevils and Chennai Super Kings) while they have lost against Royal Challengers Bangalore.

Both teams are desperate to clinch a victory in this game.

Before the beginning of the game, we are looking at some important stats of KXIP and SRH, which are related to the upcoming match. 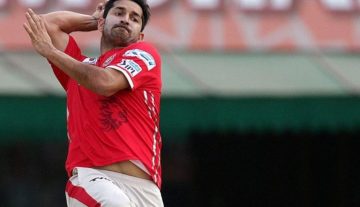