KKR lost the toss and was forced to bat first. The hosts put 191/7 on the board at the end of 20 overs. In reply, KXIP openers KL Rahul and Chris Gayle began the innings in a stormy way. Before the rain interruption, KXIP was on 96/0 in 8.2 overs.

Later, the match restarted with the new 125 runs target in 13 overs for KXIP which they chased down in 11.1 overs after losing only one wicket. KKR lost the match by 9 wickets with 11 balls to spare.

Now, we will briefly talk about some important reasons for KKR’s defeat in this match.

KXIP bowlers spent well in the death overs as they regularly grabbed wickets to stop the opponent from putting a big total. Despite having wickets in hands, KKR managed to add 45 runs in the last 5 overs while they were on 146/3 in 15 overs.

In the last two overs, KKR only managed to score 11 runs which hugely affected their game. While once it was looking comfortable for KKR to put at least 200-210 runs on the board, they were restricted on 191/7 at the end of 20 overs.

From the beginning of the second innings, KXIP opening batsmen KL Rahul and Chris Gayle provided massive stormy knocks that the hosts were looking hopeless. With their stormy batting, KXIP put 73/0 at the end of the powerplay.

Before the rain interruption, the visiting team was batting on 96/0 in 8.2 overs as KL Rahul was batting on 46 off 23 balls and Gayle was unbeaten on 49 off 27 balls.

After the rain interruption, both batsmen completed their half-centuries as they put a 116-run partnership for the first wicket in just 9.4 overs. The openers left no chance for the hosts to make any comeback in the game. 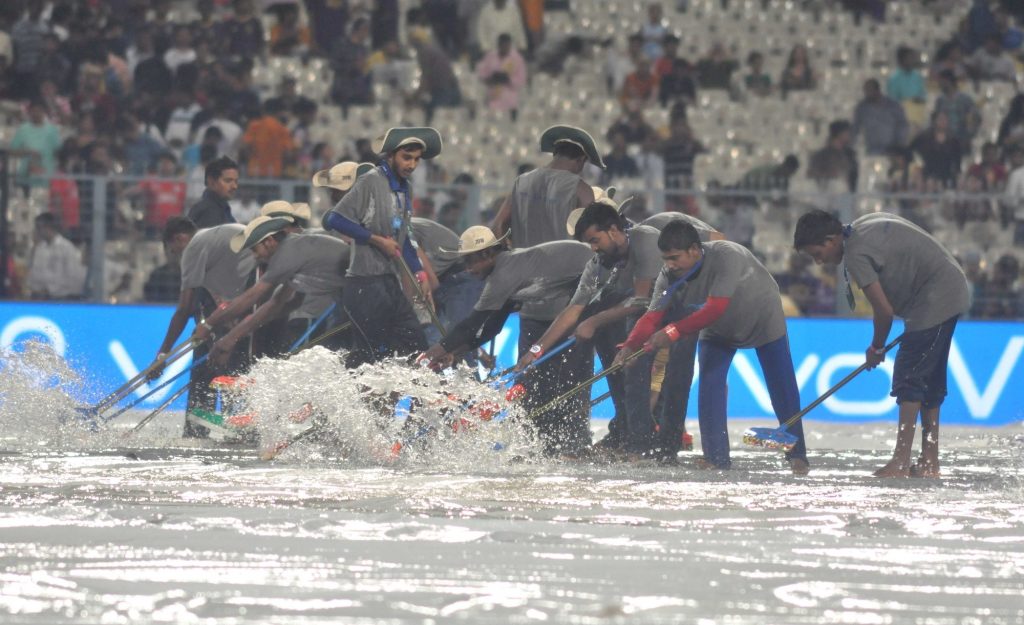 While in the big chasing matches, after the powerplay moment is very important as many games took to turn around in that period, KKR couldn’t get much chance as rain played the spoiler part. While KXIP was on 96/0 in 8.2 overs, rain interrupted the match. Later, the match restarted but the revised target was so comfortable for the visiting team.