Rajasthan Royal has had a topsy-turvy season so far. They have won three matches by close margins, one of which was a rain-affected. RR has lost three matches also all three losses have been drastic. The losing margins of Rajasthan have been huge and it will worry them. On the other end, Sunrisers Hyderabad has had an excellent run and are seemingly defending everything they are putting up.

Here is how the probable XI Fantasy shape up – 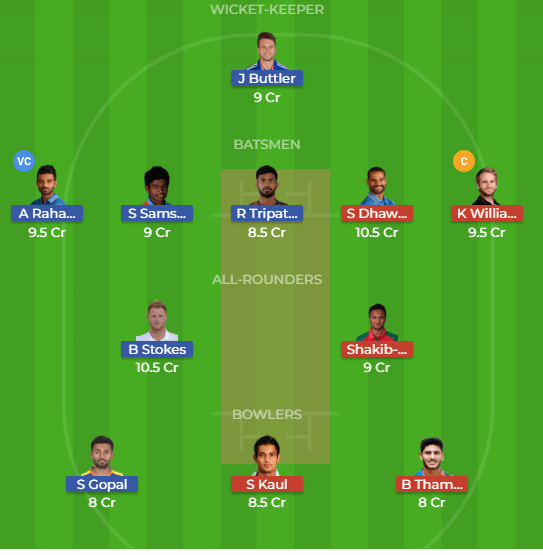 One of the two most impressive teams so far in the IPL 2018 is Sunrisers Hyderabad. In contrast to Chennai Super Kings, they have adopted a totally different strategy. Rather than batting, the strength of SRH lies in their bowling and they have been restricting teams to a below-par total consistently.

In the last match against KXIP, SRH managed to defend just 132 runs which looked like a cakewalk when Gayle and Rahul were at the crease. Yet, SRH bowlers caused a great collapse and won spectacularly.

In the last match, Bhuvneshwar Kumar was still not fit to take the field. He should be in the playing XI this time. A headache for SRH will be deciding his replacement. Sandeep Sharma may just miss out. Mohammad Nabi can be replaced to add Alex Hales who will solidify the weaker batting. Srivats Goswami can be tried in place of Saha

The returning team to the IPL 2018 has been hot and cold. They just look very unsure as to how their day will be. Their wins have been by a close margin and their losses have been one-sided affairs. They are the classic mid-table team which is hard to predict.

In the last match against Mumbai Indians, Rajasthan Royals were nearly down and out. After Bumrah struck thrice, hopes of RR were quite low. K.Gowtham then emerged out as the hero and bashed Mumbai with his blade.

In the last match, RR brought back Dhawal Kulkarni in the place of Stuart Binny and handed a debut to Jofra Archer in place of the Aussie Ben Laughlin. Royals are likely to continue with the team combination. 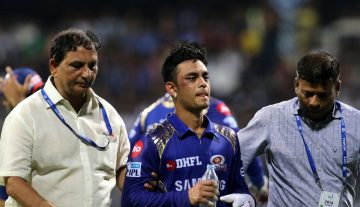