The 11th edition of the Indian Premier League (IPL) has reached its business end now as most of the teams will have to witness some crunch game in the last week of the league stages of the IPL 2018. One of those crunch games will be played between the two teams who can’t afford to a loss in the tournament now, Royal Challengers Bangalore (SRH) and Sunrisers Hyderabad (SRH) in Bangalore. RCB now has a winning momentum with them now as they humiliated by Kings XI Punjab (KXIP) in their last game after winning the match by a huge margin of 10 wickets with around 12 overs to spare.

Both the teams had a contrasting journey so far as RCB need to win all their remaining matches in order to qualify for the playoff, while SRH was the first team to reach the playoffs. The last time these two locked horns with each other, SRH had defeated RCB comfortably. However, there is no doubt about the fact that both the teams do have proven match-winners in their respective squads who can single-handedly take the game away from any opposition. Let us have a look at 5 such players from both the teams:

In the last games against KXIP, taking the new ball for his team, Umesh Yadav proved his captain’s decision to persist with him in the powerplay right after he dismissed both the openers in his third over. Punjab never really recovered from the double-blow and kept on further going into the hole. Later on, RCB bundled out Punjab for a meager total of 88. 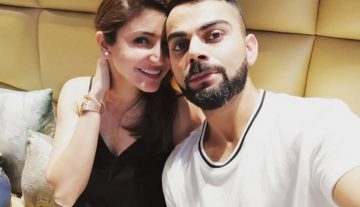