The IPL Action returns to the Sawai Mansingh Stadium, Jaipur after a long wait for five years as it hosts the fixture of its home team taking on the Delhi Daredevils team. Returning to the IPL after a two-year suspension, Rajasthan Royals were beaten blue by the Sunrisders Hyderabad in their opening fixture. Delhi Daredevils also had to face the defeat up first as KL Rahul blasted a thumping assault.

Both the losing teams will be longing to take the winning route from here onwards. Both the teams have big rooms for improvement and will need to rethink their strategy. The track at the Sawai Mansingh Stadium will be a surprise package although it is likely to be the one to assist the fast bowlers.

Here are the five things to look forward to in this match.

The Royals team was suspended from the IPL for the last two years under the charges of corruption. The Sawai Mansingh Stadium of Jaipur was also not allowed to host an IPL match after the 2013 season. This year the ground return in the buzz and glitz of the IPL.

In the maiden year 2008, under the brilliant cricket tactician Shane Warne, Rajasthan team reached new heights of glory and clinched the inaugural trophy against all odds with a team that did not boast of any superstars. In the first season, Rajasthan made the optimal use of home conditions and remained undefeated at the venue.

Before parting their ways with the home ground, Rajasthan produced another sterling performance under the captaincy of Rahul Dravid and won all their eight home matches. They finished third in the group stage for that IPL. Since then, this is will be the first season for RR at the Sawai Mansingh Stadium. 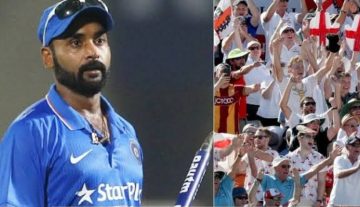