IPL 2018 started off with a whole lot of injuries. Though Chennai made a comeback to the cash-rich league after two years of the ban, CSK came back with a bang. The Chennai camp is suffering due to injury issues with Raina and Faf Du Plessis being ruled out for times. Dhoni was also reported to have a back pain issue though he played a blistering innings last match scoring 74*. Their match venue too is changed pertaining to the Cauvery dispute.

CSK is going to lock horns tonight with Rajasthan Royals at Pune MCA  stadium. Though severe injury issues, Dhoni was seen on the net last day. The fans must be curious to know about Dhoni’s presence in the squad in today’s game. The Batting coach Michael Hussey seemed positive about both the player’s participation.

“I spoke to MS quickly on the bus, I asked him how is he feeling, he said he is feeling better,” Hussey revealed. “So we are optimistic. He is in the training today. Much of the same with Raina. But he will have to go through training, and then see how he is feeling. We are feeling pretty confident with both of them,” said Hussey to Cricbuzz.

Hussey said that the main reason for Dhoni’s back pain was his soft bed texture which aggravated more during the knock against Kings XI Punjab at Mohali. But that is nothing serious and Dhoni will surely be seen with his willow today on the pitch.

“I believe the bed was quite soft in Mohali, that may have stiffed up his (Dhoni) back a little bit and maybe through batting he aggravated it a little bit. He has improved ever since, so he should be fine,” he concluded.

Chennai will look forward to continuing their winning streak now and give their fans reasons to rejoice.

Here are the videos of the interview: 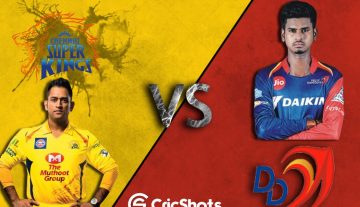