With IPL 2018 auction to be coming in a week’s time, the fans and followers are eagerly waiting to know the combinations of their favorite teams. Earlier this month, during the IPL retention event, Delhi Daredevils (DD) had opted to retain three players: Chris Morris, Rishabh Pant, and Shreyas Iyer and now they can use only 2 right to match cards in the upcoming auctions.

Delhi Daredevils took a bold step by retaining the players like Pant and Iyer. They also retained highly successful Morris, who is coming out of an injury. They surprised a lot of people by retaining these three players, as it was thought that they will go for a complete overhaul since they haven’t had a successful season last year.

But they have shown faith in the young players they had last season. They showed impressions of brilliance last season, without putting up any strong performances and they would be eager to improve themselves this year. They might go for some experience in the middle order that collapsed at crucial encounters last season. They still have two RTM cards with them, which they can use to retain players from last season’s squad.

They are spoiled for choice, though. They can use one of the RTM cards for an overseas player, they have plenty of options for that one spot: Quinton de Kock, Pat Cummins, and Kagiso Rabada.

De Kock has been immensely successful for them, and it is going to be extremely difficult for them to let him go. Since Rabada’s stakes have risen in the last year or so, he might provide a tough competition to his fellow cricketer from the rainbow nation.

The other RTM card has to be used on an Indian cricketer, and Sanju Samson and Karun Nair are the front-runners for this spot, though Samson might be preferred as Karun had a demoralizing season last year.

Now, here is the probable list of the players who could fit in as per RR’s requirement to buy for in the auction of IPL 2018.

If Sunrisers Hyderabad doesn’t use their Right to Match option for the Afghanistan leggie Rashid Khan, then he will be the most sort of player in the IPL auction. He picked up 17 wickets from 14 games last season at an economy of 6.62. He was the second highest wicket-taker in the last year’s IPL.

Stokes needs no introduction. He went for the record money last year auctions and was pretty decent with his performances. Rest assured he is a proven match winner and any team would love to have him in their pool of players.

If DD didn’t have the services of Nathan Coulter-Nile, Mohammed Shami, and Zaheer Khan in their squad – Kagiso Rabada be their go-to bowler. He played for them last season and they have an option to Right to Match for him as well.

England’s Test skipper will be playing in IPL for the first time in 2018 after withdrawing his name last time. He has earned his position and he is one of the most lethal batsmen in the world at the moment. He is consistent and can be a brilliant middle-order batsman for DD.

There are reports that KKR will not be using their RTM card on Gautam Gambhir and the Delhi boy will be perfect for Delhi Daredevils. He can be their leader and at the same time, his performance in IPL speaks for itself. 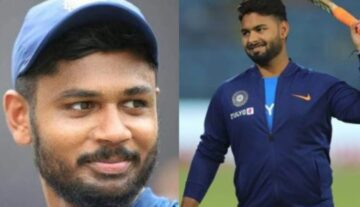 Videos
By CricShots - Aug 8, 2022
Rishabh Pant Talked With Sanju Samson In Malayalam During The Game