With IPL 2018 auction to be coming in a week’s time, the fans and followers are eagerly waiting to know the combinations of their favorite teams. Earlier this month, during the IPL retention event, Rajasthan Royals (RR) had opted to retain just one player: Steve Smith and now they can use a maximum of 3 right to match cards in the upcoming auctions.

The team that will form a squad right from scratch in true regards will be the Royals. They have retained Steven Smith, who is a proven match winner in any format, playing for any side in the world.

Their options for the usage of RTM cards are Ajinkya Rahane, Ankit Sharma, Rajat Bhatia, James Faulkner and Dhawal Kulkarni, and perhaps the only player that has any chance of being retained is Ajinkya Rahane.

Though Rahane has been going through a lean phase in international cricket, his numbers in IPL are pretty impressive, and he provides solidity at the top of the order, which is vital in T20 cricket. James Faulkner has an outside chance of being retained, but his drop in form in the last year or so might go against him.

Rajasthan Royals have always believed in grooming young cricketers rather than buying well-established ones, so you might see a lot of surprises coming from the Royals camp.

Now, here is the probable list of the players who could fit in as per RR’s requirement to buy for in the auction of IPL 2018.

Not many have heard this cricketer’s name but he is currently becoming a big one, especially in Punjab. Shubman Gill is currently the deputy skipper of India U-19 in the ongoing U19 World Cup. He is known for his attacking brand of cricket and even opened the innings against Zimbabwe in the world Cup. RR should not shy of bringing this talented teenager to their family.

Stokes needs no introduction. He went for the record money last year auctions and was pretty decent with his performances. Rest assured he is a proven match winner and any team would love to have him in their pool of players.

Williamson is a sight to watch across all formats as a batsman. At Sunrisers Hyderabad, he never got the chance to play as much as other players. However, he is a great batsman and a great captaincy material as well. RR can go after him as a strong middle-order batsman. 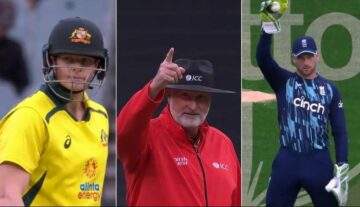