Legendary Australian leg-spinner Shane Warne remarks Sanju Samson as the ‘next superstar of Indian cricket’. Currently, the 23-year-old wicketkeeper-batsman is playing in the Indian Premier League for the Rajasthan Royals (RR) where Shane Warne is serving as a mentor.

Due to serving for the same IPL team, Shane Warne observes Samson very closely and thus he remarks him as the ‘next superstar of Indian cricket’. Warne believes that Samson is the good batsman in every condition.

Speaking on that, Warne said, “He’s good against pace and spin in all conditions and I think he’s going to be the next superstar of Indian cricket. He’s the new rock star, Sanju Samson that’s for sure. He’s an outstanding player and he’s a quality international cricketer.”

Also read: I consider myself an all-format cricketer: Karun Nair

Sanju Samson is in the good form in the ongoing IPL 2018 where he has scored 379 runs in 12 matches with the average of 34.45. In the ongoing IPL, Samson has scored two half-centuries including an impressive match-winning unbeaten 92-run knock against Royal Challengers Bangalore at Bengaluru.

Warne also praised another young Indian cricketer Rishabh Pant who is currently in the destructive form with the bat in the ongoing IPL. Playing for Delhi Daredevils (DD), the 20-year-old wicketkeeper-batsman is currently the orange cap holder after scoring 582 runs in 12 matches with 52.90 averages.

Warne quoted on that, “India at the moment are blessed with some riches of talent, I think our man Sanju Samson is right up there with (Rishabh) Pant. I think those two guys are probably the two best young Indian batsman I’ve seen in a long, long time.”

Warne also said that he might stay with Royals’ for their next game against Kolkata Knight Riders on Tuesday night before returning to his home. However, he assures that he will come back in India if Royals qualify for the playoffs.

The 48-year-old said, “I’m meant to be on a flight tomorrow morning (out of India) but it looks like I’ve had my arm twisted and I’m going to be in real trouble from people back home in Australia.

“I’ll probably stay for one more game and then go back, and then hopefully we’re in the finals and I’ll come back for them.” 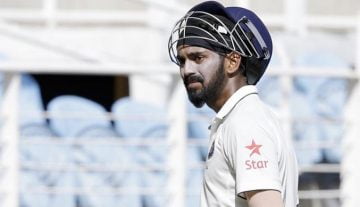