On Sunday night (May 27), CSK beat Sunrisers Hyderabad (SRH) in the final of IPL 2018 and secured another crown. From the beginning of this season, CSK mostly dominated on the field under MS Dhoni’s captaincy. Even in some pressure situations, Dhoni stayed in calm & cool and took the successful decisions.

Speaking on MS Dhoni, Ganguly told a Bengali Daily, “Dhoni looked extremely relaxed in this IPL. In a scenario which is already well-known to him, the fact that the franchise backed him helped the team.”

After completing their two-year suspension, CSK joined in this IPL season. While they have some regular famous old players in the squad, they also bought some more old experienced cricketers for this season along with the other cricketers.

While many cricket expertise had criticized the Chennai franchise earlier for buying too many old cricketers, the team showed up the real values of the team during the tournament.

On the other hand, Dhoni has been recently criticized by some expertise for his earlier form in T20 cricket. But in this IPL, he played brilliantly with the bat and once again he took the finishing role very well.

But the most importantly, Dhoni hugely impressed with his captaincy role once again. The cricket lovers watched him to lead any side after a long time. In the last IPL season, his leadership role had been stripped off in Rising Pune Supergiant. Earlier of that IPL season, Dhoni had stepped down from the captaincy role of Indian limited-over cricket team.

But there has been no change in Dhoni’s brilliant captaincy skills. His calm and cool brain one again dominated in the tournament and secured another glorious trophy for CSK. 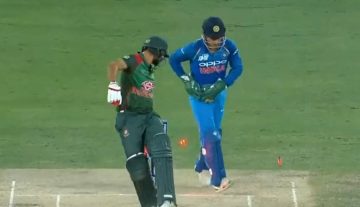