Earlier Ravichandran Ashwin, captain of Kings XI Punjab, had won the toss and chose to field. Kings XI Punjab made two changes to their middle order, bringing in Yuvraj Singh and Manoj Tiwary in place of Karun Nair and Mayank Agarwal. On the other hand, Mumbai Indians made solitary change into their playing eleven, bringing in Kieron Pollard in place of JP Duminy.

Krunal Pandya came in to bat at No. 5 in the sixth over after Andrew Tye dismissed Suryakumar Yadav. On the other hand, Stoinis was introduced into the attack in the 10th over of the innings.

On the second delivery of Stoinis’ third over, the 15th of the innings, Krunal Pandya played the pull too early only to top-edge the ball to Ankit Rajpoot at short fine-leg. He ended up scoring 32 (23) with the help of one four and two sixes. Watch the video: 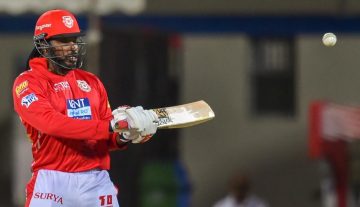