It’s time for the eliminator in the Indian Premier League (IPL) as the third-placed Delhi Capitals (DC) face the fourth-placed Sunrisers Hyderabad (SRH) at Vishakhapatnam. The home team secured a last-minute entry into the playoffs after Kolkata Knight Riders were knocked out by the Mumbai Indians at the Wankhede.

Both the teams have already played each other twice this season, winning a match each. The loser gets eliminated while the winner plays the second qualifier. SRH are captained by Kane Williamson, while the Delhi Capitals are led by Shreyas Iyer.

Here are five players to watch out for in DC vs SRH:

He is one of the most effective and disciplined Indian all-rounders in the IPL. In 12 matches, he has 9 wickets at an economy rate of 7.02. He is a handy batsman down the order and is an excellent fielder too. With this smart left-handed spin bowling. He is able to break useful partnerships and is often the captain’s go-to bowler on multiple occasions. 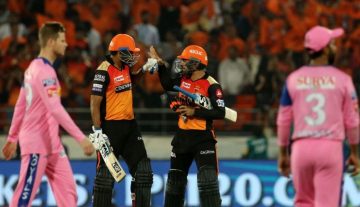