After being trolled for series of losses in the last two seasons of IPL. Most of the fans thought that in IPL 2019, Royal Challengers Bangalore (RCB) will resurrect themselves and their fortunes will turn upside down. However, it has all been the same this season as well. As they had a forgettable start in the season so far with three consecutive losses which had put them to the bottom of the table.

Virat Kohli and his team have been struggling in all the departments in IPL 2019. Kohli himself seems to be going through a rough patch with the bat. Barring a 32-ball 46 in RCB’s second match against Mumbai Indians (MI). Indian skipper has managed scores of 6 and 3 in his other two outings.

On Sunday, RCB were completely outplayed by SunRisers Hyderabad (SRH), who defeated them by a huge margin of 118 runs as Jonny Bairstow and David Warner completely massacred the RCB bowlers at the Rajiv Gandhi International Stadium. It was a third consecutive defeat for Kohli’s side who along with Rajasthan Royals (RR) are the only two teams to not yet win a match in IPL 2019.

After RCB’s humiliating defeat against SRH, RCB fans’ seem to have to lose their patience with the team. Some fans seem to have had enough and besides calling for Virat Kohli’s head, several memes, mocking RCB and their skipper, started doing the rounds on Twitter.

Virat Kohli with #RCB bowlers, all 6 of them. pic.twitter.com/faklfW5QFd

Virat Kohli and AbD after remembering they need to play 11 more matches with this squad. pic.twitter.com/8LwCjrnJi5

Anushka says to Virat Kohli when he comes to home.#SRHvRCB pic.twitter.com/w3SuiXeFWL

RCB and RR have zero points but RCB’s dismal net run-rate sees them occupy the last place in the IPL Points Table. Bangalore will be hoping for a change in fortunes quickly. Virat Kohli and his men will next be seen in action on Tuesday when they will lock horns with Rajasthan at the Sawai Mansingh Stadium in Jaipur.

After this match, only one team will be left winless in IPL 2019 and RCB fans will be hoping it’s not their team. 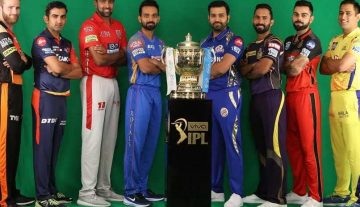