Despite the fact that the cricketing fans are eagerly waiting for the ICC World Cup 2019w which is almost a couple of months away, one can’t just also ignore the fact that the Indian Premier League (IPL) is also a few days away. The tournament is kicking off on March 23 with the tournament opener scheduled to be played between defending champions Chennai Super Kings (CSK) and the Royal Challengers Bangalore (RCB) at MA Chidambaram Stadium and the experts are already busy making predictions about the probable winners.

Former India opener Gautam Gambhir lifted two IPL titles as captain of Kolkata Knight Riders (2012 and 2014) has also come up with his prediction for the teams that are likely to qualify for the playoffs. And the former Delhi cricketer’s prediction is bound to upset the supporters of MS Dhoni and Virat Kohli – the two current superstars of Indian cricket.

During a recent show on Star Sports in which they analysed the upcoming season of IPL on Monday, Gambhir named  the four teams of his choice as “Mumbai Indians, Kings XI Punjab, Sunrisers Hyderabad, KKR.” In fact, he burst into laughter over the fact that he had almost forgotten about the Knight Riders, the team he led for several seasons after taking over from Sourav Ganguly.

Gambhir led KKR for the final time in 2017 and was replaced by wicketkeeper-batsman Dinesh Karthik last year. He returned to his home team Delhi Daredevils (now Capitals) as the captain but team’s poor performance saw him losing both the captaincy and a spot in the team midway into the tournament. Youngster Shreyas Iyer replaced Gautam as the captain of the team.

The absence of CSK and RCB in Gambhir’s top four teams in this IPL could raise quite a few eyebrows. The Super Kings are the defending champions this season as they lifted the trophy as season after returning back from a ban. It was their third title win and all of them came under the leadership of Dhoni.

ALSO READ: BCCI Releases All The Fixtures For The Group Stages Of IPl 2019

On the other hand, the Royal Challengers though haven’t won the trophy even once so far and couldn’t qualify for the playoffs last year, despite the presence of some big names in their ranks in the form of Kohli and AB de Villiers always make them a strong contender for the title. 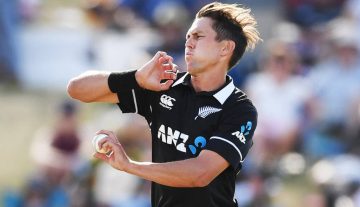