The stage is all set for another mad season of the Indian Premier League. Every team has started their preparations ahead of the season to sharpen their skills. Many teams have received setbacks with injuries to their key players, which forced them to eventually miss the entire season of IPL. Kolkata Knight Riders is the most hampered team, who has lost their three pacers due to untimely injuries.

Meanwhile, Mumbai Indians received an early blow in form of Lasith Malinga, who has hinted that he will miss the initial stage of the Indian Premier League due to playing in the domestic One-Day tournament in order to secure a place for the World Cup. Also, he went on to inform his IPL franchise, Mumbai Indians, to look for an alternative for the entire season.

Speaking to ESPNCricinfo, he quoted “I had asked the board for the No-Objection Certificate for me to play in the IPL, and they had said that was fine, but that all players who want to go to the World Cup would need to stay back for the provincial tournament.”

“So I told them I’d play in the provincial tournament, and I asked the board to inform Mumbai Indians and IPL since it was their decision. I’m ok with losing those earnings from IPL. I’m doing it for the country.”

Earlier today, veteran bowler announced the date of his retirement from international cricket. The T20 World Cup 2020, which will be played in Australia, will be his last assignment at the international level.

Further talking about his decision to skip the initial stage of IPL, Malinga added “Once I become available for Mumbai Indians, I would have missed seven or eight games. So there’s probably no point in them waiting around for me. Better for them to find someone else to replace me with.”

The 35-year-old is the leading wicket take in the history of IPL. In 110 matches that he played with Mumbai Indians, he grabbed 154 wickets at an impressive economy rate of 6.87. This year, he was expected to make his IPL return after serving as the bowling coach to Mumbai bowlers in IPL 2018. But due to being busy for the good of national side, the wait will stretch a bit longer. 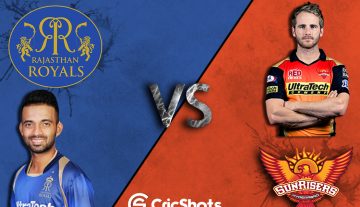