The Kings XI Punjab (KXIP) have managed to register their 7th consecutive win in Mohali as they defeated the Sunrisers Hyderabad (SRH) in a close game. KL Rahul and Mayank Agarwal helped the hosts to chase down the total. But the bowlers set up the game for them early on by restricting the opposition to a below-par total of 150. Meanwhile, the SRH is suddenly looking shaky with two back-to-back losses.

Chris Gayle was dismissed by Rashid Khan in the fourth over itself which gave the hint of the game going deep at that stage. But Rahul and Agarwal’s partnership kept the KXIP ahead as they added 114 runs for the second wicket. Both of them played calculative strokes and got to their respective half-centuries. But the Mayank’s wicket in the 18th turned things dramatically.

The death bowling was back at its best for the SRH as the equation came down to 11 off the final over which Mohammad Nabi had to bowl. Rahul had failed to take the team through against the CSK only in the last game and he was once again at the helm with all pressure on him. However, the champion batsman got a timely boundary for his team with six runs needing off three balls.

Then David Warner mis-fielded under pressure as the KXIP got to the target with just a ball to spare. Actually, the match shouldn’t have gone to the last over but the hosts have made it a habit it seems.

Scoring was tough in the first innings and Jonny Bairstow‘s early dismissal didn’t help SRH’s cause. Mujeeb Ur Rahman scalped him and after that, the visitors kept on struggling. There was a decent partnership between David Warner and Vijay Shankar and they should be credited for not throwing their wickets away after taking time to get in.

The duo added 49 runs for the second wicket and R Ashwin got the wicket of  Shankar just when he was looking dangerous. The wicket pegged them back again as Warner was looking rusty in the middle. Manish Pandey was also struggling to score while Mohammad Nabi’s promotion didn’t work either. However, Warner took the onus on him at the right time for the team and remained unbeaten on 70 off 62 deliveries.

WATCH – Mohammad Nabi Got Out In The Most Unlucky Way Possible

However, the SRH was massively boosted by the last three deliveries of the innings as Deepak Hooda got stuck into Mohammad Shami to eke out 14 runs which led the team to 150/4 after 20 overs. But it wasn’t enough eventually as the batting got much easier with dew taking more effect.

How often have two opposing openers batted through an IPL innings? Warner, and KL Rahul more especially have shown the value even in this format sometimes of someone batting deep in the innings. Well played @lionsdenkxip . K L for that No4 slot for World Cup?

Smith yesterday. Warner today. Batted through the innings but the team ended up 20-30 short. #KXIPvSRH #IPL

Seventh consecutive victory for the home side KXIP at Mohali since 2017. Their best winning sequence at any venue.#IPL2019#KXIPvSRH#IPL

Story of the day

Warner’s misfield to give Pinjab a win sums up poor night’s cricket by SRH. Barring few wickets falling before close, Punjab always in control. Hyderabad were 20-25 runs short. The bowlers made up for it to an extent, but a dropped catch and some sloppy fielding put paid to hopes

Smallest victories for KXIP in IPL – by balls remaining:

Last over was a piece of cake for KL Rahul. Now for the man of the match chat#KXIPvSRH 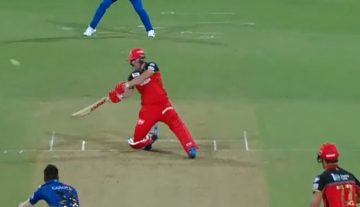