Englishman was enjoying his maiden IPL season until the last two matches, where he failed to give a solid start to his team. Bairstow got out to Mujeeb Ur Rahman in the second over of the game. He scored just one run off six balls before scooping a catch to Ravichandran Ashwin.

Hyderabad’s charismatic all-rounder failed against Punjab at Mohali. He came to bat in the 11th over but his innings was cut short by an unfortunate run out by Ravichandran Ashwin for 12 runs. SRH was expecting him to give them a breakthrough in the powerplay but it was a rare bad day at the office for him. Nabi conceded 42 runs in 3.5 overs without taking a single wicket.

Hyderabad’s skipper is looking badly out of form at the moment. Bhuvneshwar Kumar is leading them in Kane Williamson’s absence. He failed to provide his team with an early breakthrough with the ball. Bhuvi didn’t even take a single wicket in the game but he kept his economy rate in check. He registered figures of 4-0-25-0 and it didn’t help Hyderabad winning the match. 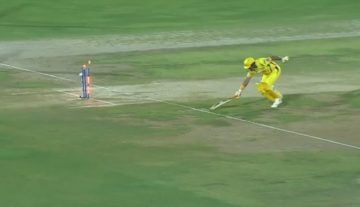