It is going to be another exciting encounter as the Mumbai Indians (MI) take on the Kings XI Punjab (KXIP) at home in Match 24 of the Indian Premier League (IPL). Both the teams are strong on paper, but it is Punjab that has made some brilliant performances this season. It remains to be seen if they can continue their momentum against Mumbai or will they fall short of their target against the formidable hosts?

The buzz for the game is expected to be as higher as it can get. A lot of Indian cricket fans are looking forward to this game and ahead of this crucial encounter, we have come up with five things which every fan will be waiting to see in this game:

It is going to be slightly hotter than usual. The Wankhede pitch is always considered to be a high-scoring one as the scores over the years have suggested. The inaugural match here between Delhi and Mumbai also produced a run-fest with the visitors scoring 213/6. The hosts finished at 176 and lost by 37 runs. This is why a score of around 170 is considered to be an average total here. 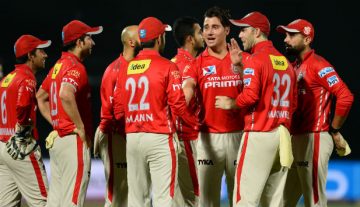