On Monday, the Rajasthan Royals (RR) and Delhi Capitals (DC) for the first time in the 40th match of the 12th edition of the Indian Premier League (IPL). Both the teams have witnessed contrasting fortunes this season so far as RR has won just 3 games out of 9 games and DC has lost just 4 games out of 10 games.

In their respective last games, RR defeated Mumbai Indians (MI), but DC also registered a win against Kings XI Punjab (KXIP). On Monday, both the teams will be looking forward to continuing the winning momentum.

Let us take a glance at the 5 players who can perform out of the box in the match between RR  vs DC:

Nepali leg-spinner was bowled in good rhythm against Kings XI Punjab (KXIP). Sandeep Lamichhane stuck KL Rahul’s wicket in his first over as he found the batsman out of his crease. Chris Gayle hammered him for a big six before he dismissed him on the very next ball. Lamichhane wasn’t done for the night and dismiss Sam Curran in the same over to suck the life out of Punjab’s innings. He took three wickets in his four overs at the cost of 40 runs. He will be looking forward to continuing the momentum against Rajasthan Royals (RR) as well. 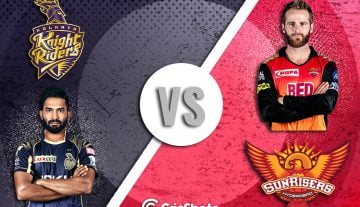