The Board of Control for Cricket in India (BCCI) has decided to postpone the 13th edition of the Indian Premier League (IPL) and while it was originally scheduled to commence on March 29 and now it will start on April 15. The same has been conveyed to the franchises.

Speaking to IANS, a BCCI official revealed that it was decided that the best way forward is to hold the cash-rich league from April 15. The official explained, “Yes, the internal decision has been made to postpone the start of the tournament and it will begin on April 15, the BCCI has informed the franchises about the same.”

The government on Wednesday canceled all visas, except for a few official categories, till April 15 amid the recent outbreak. In the meeting held at Nirman Bhavan in Delhi, it was decided that all existing visas, except diplomatic, official, UN/international organizations, employment and project visas, stand suspended till April 15.

The recent reports suggest that more than 60 cases tested positive in India. The BCCI is set to meet the IPL team owners on Saturday before the start of the IPL Governing Council meeting to discuss the way forward. The franchises are clear that while they are okay to play games without the fans, they want the foreign players as that is what makes the IPL a cricket carnival.

One of the sources of the Times of India said, “The postponement will allow the BCCI to reassess that situation too. If the tournament can be held from mid-April onwards, then there is time now to work on the visas. Remember, the IPL cannot be held without overseas players. That’s a condition every franchise will put on paper regardless of anything else.”

As per the quotes in IANS, a senior BCCI official said, “Yes, we have been informed that the IPL will now start from April 15, but what we need clarity on the availability of the foreign players. The IPL loses its charm if we don’t have the four foreigners in the teams. After all, they are just as integral a part of the teams as the Indian stars.”

Here is how Twitterati reacted to the recent update:

Sensible move and one that’s been swiftly taken. Well done @BCCI and all concerned. https://t.co/ezDbkZIJJw

The health and safety of our players, fans and management is of utmost importance to us. We look forward to seeing you all in April 🙂#RoyalsFamily | #HallaBol https://t.co/uU5jy6h4xQ

Suspension is okay it shouldn't get canceled BUT ITS RIGHT DECISION CONSIDERING SAFETY ….👏👏 https://t.co/z7z82zjP5h

Now dear CoronaVirus, do you have any other thing to ruin more…?? https://t.co/V69UkHEl74

Just hear that the ipl has been delayed and suspended till April 15th.#ipl 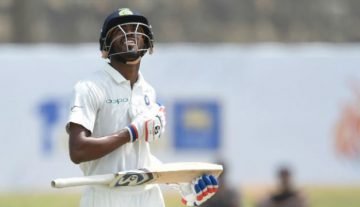