Mumbai Indians (MI) will be locking horns with Sunrisers Hyderabad (SRH) in the first match of the second doubleheader of the Indian Premier League (IPL) 2020. Both these sides are coming off wins in their last games. MI had defeated Kings XI Punjab (KXIP) by 48 runs, while the SRH had registered the Chennai Super Kings (CSK) by seven runs in their last encounter.

MI has won two games out of four this season, but have a very high Net Run Rate as compared to that of SRH. The Mumbai-based franchise came out with brilliant all-round in the last game against KXIP. Meanwhile, Sunrisers recovered well from a top-order collapse to post a decent total against the Super Kings.

So after two confidence-boosting victories, both teams will look to win this game. These sides have produced some mouth-watering clashes in the before. It’ll be intriguing to see what happens in this match, especially in a batting paradise like Sharjah. MI and SRH have locked horns with each other 14 times and both of them have won seven games each.

James Pattinson has seamlessly replaced the injured Nathan Coulter-Nile, who would’ve been the first-choice fast bowler if not for his niggle. Mumbai Indians are unlikely to make any change to their line-up.

There will be huge concerns over the availability of the injured duo of Vijay Shankar and Bhuvneshwar Kumar. SRH can dig into their Indian fast bowling reserves and pick one of Sandeep Sharma or Siddarth Kaul as a replacement for Bhuvneshwar but the bigger dilemma is to whether stick to the winning combination or make a bigger tweak to accomodate a fifth bowling option – which could be handy in smaller boundaries in Sharjah. 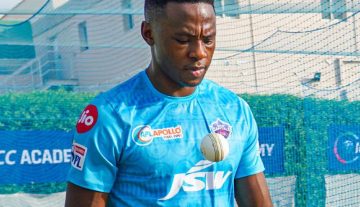