In the 50th of the Indian Premier League (IPL) 2020, the Kings XI Punjab (KXIP) will be locking horns with the Rajasthan Royals (RR) at the Sheikh Zayed Stadium on Friday. KXIP has had a majestic turnaround after suffering five back-to-back losses they are now on a 5-match winning streak. Moreover, KL Rahul and his bowlers have been delivering more often than not in recent IPL 2020 games, with Chris Jordan complementing Mohammed Shami well in the bowling attack.

Adding the likes of Nicholas Pooran and Arshdeep Singh to the equation only sweetens the deal for Punjab. With Mayank Agarwal set to return to the playing XI, the franchise will fancy their chances of a sixth consecutive win on Friday. On the other hand, RR is also in form as they registered an eight-wicket win over defending IPL champions Mumbai Indians.

With Ben Stokes and Sanju Samson getting their form back, the Royals could prove to be a handful for the likes of Gayle and Rahul. However, they will hope for a better performance from Kartik Tyagi and Shreyas Gopal if they have to keep their playoff hopes alive. In the reverse fixture, Rahul Tewatia’s heroics saw Rajasthan Royals home in a high-scoring thriller.

Another entertaining game could be on the cards at the Sheikh Zayed Stadium as both sides eye a top-four finish. With two valuable points up for grabs, we should be in for a riveting contest to kickstart the final week of the IPL 2020 league phase.

Despite having the burden of leading the team with wicket-keeping, KL Rahul has not flagged with the bat which has also helped  KXIP to win five consecutive matches. RR has, in Jofra Archer, the man with the best wicket haul in IPL 2020 so far and the clash between these two on Monday would be quite the face-off.

With Rahul scoring 595 runs off nine matches in IPL 2020, with a strike rate of 132.22 and Archer scalping 17 wickets from ten matches at an economy of 8.71. He has been among the wickets in every match and has been instrumental in many RR successes.

Mohammed Shami has been not been able to produce the performance he was expected ahead of IPL 2020. He will be optimistic to get his form back especially against RR skipper, Steve Smith, whose sublime stroke play can ruin the bowling figures of some of the best in the business. Smith is amongst the top run-scorers in the ongoing edition, having scored 276 runs in 12 matches at a strike rate of 129.57. He has been ensuring some momentum towards the end for RR and he is yet to hit the heights of his capability.

Ben Stokes is quite the enigma for RR. He holds the lowest profile, quite happy for the glitz and glamour to be on the superstars while he gets on with his job. He has amassed 217 runs from 6 matches with the help of a century. In IPL history, the RR all-rounder has played 40 matches for 852 runs at a strike rate of 132.29.

Ravi Bishnoi has been as consistent for KXIP as he has claimed 12 wickets in 12 matches but they all have been important wickets, at critical stages, and maintained the economy is 7.20. Bishnoi will have his task cut out against Stokes and the RR batting. 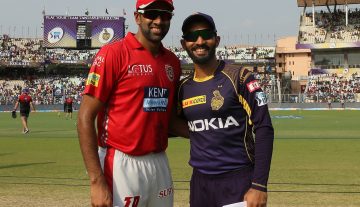