Kolkata Knight Riders (KKR) managed to registered an easy win by 7 wickets in their second game against Sunrisers Hyderabad (SRH) in Abu Dhabi on Saturday. After a terrible debut bowling display against Mumbai Indians (MI), Pat Cummins was determined to make a strong comeback and he did so against SRH as he got the prized wicket of Jonny Bairstow and during the chase, Shubman Gill scored a fifty.

Earlier, David Warner won the toss and opted to bat first but his side got off to a very slow start. SRH had made three changes to their squad as Mitchell Marsh, Vijay Shankar, and Sandeep Sharma made way for Mohammad Nabi and Saha. On the other hand, KKR also made a couple of changes as Varun Chakravarthy, Kamlesh Nagarkoti came in as replacements of Sandeep Warrier and Nikhil Naik.

David, who had already lost his opening partner Jonny Bairstow (5) to Pat Cummins’ in the 4th over on a darting delivery, took the responsibility upon himself to go big, but he was dismissed by Varun Chakravarthy. The Australian opener did manage to find some impetus along with Manish Pandey playing the supporting role on the other side.

SRH never managed to recover from that position of being down to 59/2 in 9 overs. However, Manish Pandey (51 off 38 balls) and Wriddhiman Saha (30 of 31 balls) made a decent partnership of 62 runs for the third wicket but it wasn’t enough for SRH to reach the decent total. Pandey got out in the 18th over followed by the dismissal of Saha in the final over. Eventually, they only managed to reach a total of 142/4 in their quota of 20 overs.

During the chase, KKR lost Sunil Narine early, then, Gill tried to build a partnership with Nitish Rana but the latter was dismissed in the fifth over followed by the dismissal of the skipper, Dinesh Karthik in the 7th over by Rashid Khan. However, KKR had managed to maintain a decent run-rate as they had scored more than 55 runs in the powerplay itself.

After those early dismissals, Gill (70* off 60 balls) made a solid unbeaten partnership of 92 runs for the 4th wicket along with Eoin Morgan (42* off 29 balls) as they made sure that KKR gets over the line without any hiccup. Knight Riders chased down the total comfortably by the end of 18th over.

Here is how Twitterati reacted to KKR’s first win:

He should be the captain of KKR – @RealShubmanGill.

Devdutt Mayank KL Prithvi Rohit and now Shubman not to forget Steve Smith all the openers have played key roles in their teams win. @IPL

Calmness in a tight chase by Gill. Runs he will always make, but this quality of being composed under pressure is a big asset. #SRHvKKR #SRHvsKKR #KKRvsSRH

So good to see @patcummins30 back in form. Such a pleasure to see seamers like him, Shami and Rabada in full flow.

Good captainship from @DineshKarthik Rotated the bowlers nicely,Kept extra overs in the bank for the later part of the game . #IPL below par score this by #SRH 8 overs from bhuvi and Rashid has to be wicket taking ones

Driving the leg spin down to long off & jogging a single & then driving the googly down to long on & ambling another single. This is ultimate domination of a spinner. Gill did that to Rashid tonight. #Gill #PureClass

.@RealShubmanGill has possibly played his best #T20 innings so far… He showed great maturity and temperament! Just the innings @KKRiders needed to lift their batting. @Eoin16 too played a good hand! An excellent way to comeback into the winning ways.. #IPL2020  #KKRvsSRH #KKR

Gill has been too good for someone who is only 21. Future GOAT for a reason. Has gears, game and also a good head. 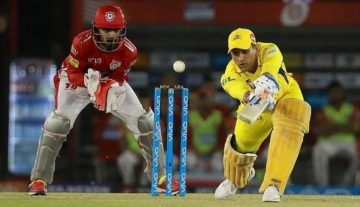