The IPL stakeholders are going to consider postponing the cashing-rich league to the second half of 2020 with the possibility of holding it in April or even May diminishing by the day amid coronavirus pandemic. India, like several other countries around the world., is fighting the contain the spread of the deadly virus, imposing complete lockdown that runs till April 15.

India’s biggest money-spinner was scheduled to commence on March 29 before being suspended till April 15 as the coronavirus began spreading at an alarming rate across the globe. According to various reports, the BCCI is finding ways of accommodating IPL among its various international commitments in the latter half of the year.

The organizers are now looking at the September-November window to squeeze in IPL even if it’s a curtailed season sans foreign players.

Talking about the same, one of the sources of the Times of India said, “Either way, one thing remains clear: The IPL takes precedence whenever the markets open. That’s not because the BCCI will force it. That’s because the IPL remains the elephant in the room.”

Overseas cricketers attract a lot of audiences in IPL and without their presence, there were fears the tournament might lose its charm. However, IPL officials are hoping that the presence of Indian stalwarts will be enough to draw audiences.

Describing the same to The Week, BCCI official said, “The comparisons to Syed Mushtaq Ali trophy will not hold if this IPL is all Indian affair. The SMA trophy has all-state teams. This will be eight teams plus we will have all top Indian players from Virat Kohli to MS Dhoni playing. There will be an audience for it, believes the broadcaster.”

The window has become a realistic option since the Asia Cup (scheduled to be held in September) is likely to be scrapped and there are reports emerging of even the T20 World Cup in Australia will also be postponed. However, nothing is finalised as of yet with BCCI still not committing anything officially. 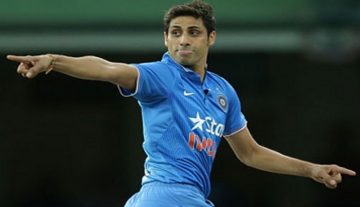