The 13th season of the Indian Premier League (IPL) is scheduled to be commencing in less than 15 days now and the teams have already started formulating plans and strategies for the 2020 edition. Each of the 8 IPL franchises will rely on their core players to shoulder the responsibility and lead the team to win games from crucial encounters.

On Sunday, BCCI revealed the schedule for IPL 2020 and according to that, the defending champions Mumbai Indians (MI) will be locking horns with last season’s runner-ups Chennai Super Kings (CSK) in the tournament opener of the 13th edition. The second match will be played in Dubai on September 20 between Delhi Capitals (DC) and Kings XI Punjab (KXIP).

ALSO READ: Jos Buttler To leave Bio-bubble Ahead Of 3rd T20 Against Australia

However, they will also look to some crucial players in every time who can make a massive difference for them this season. While cricket is certainly a team game, some cricketers have the ability to turn the match on its head with its capability itself.

Let’s have a look at one such game-changing ‘X-Factor’ player from DC and KXIP franchises for IPL 2020.

Marcus Stoinis can emerg as a handy customer for DC as he can bat anywhere in the order and bowl handy spells. He is also a gun fielder, and the characteristic Australian never-say-die attitude oozes out of him whenever he has been seen on the cricket field. He was crowned as Australia’s ODI Cricketer of the year in 2018/19, and also played a crucial role in Australia’s 2019 World Cup campaign where they reached the semi-finals.

In last season, while playing for the Royal Challengers Bangalore (RCB), Stoinis had amassed as many as 211 runs in 10 matches at a brilliant average of 52.75 and a decent strike-rate of 129.94. He only managed to scalp a couple of wickets though. He is a gun player and could prove to be a vital cog for Delhi Capitals in the IPL 2020.

Rishabh Pant was the second-highest run-scorer for DC in IPL 2019 and was probably their best batsman. Highest ranked DC player, in the IPL MVP list for the past two editions, Pant will undoubtedly be the ‘X-Factor’ for the Delhi-based franchise as they will be looking to finally get their hands on an elusive IPL title.

ALSO READ: Ben Stokes To Miss Early Stages Of The IPL 2020 For RR 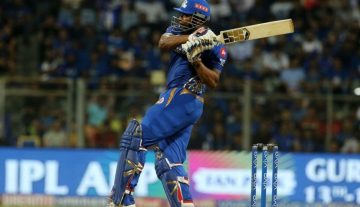