Punjab Kings and Rajasthan Royals are locking horns in the 32nd match of the Indian Premier League 2021. Both teams are currently relishing in the bottom half of the points table and are looking to revive their campaign in the second leg of the season.

KL Rahul won the toss and opted to bowl first in the quest to take his team back to the winning ways. Punjab Kings named two debutants in Aiden Markram and Adil Rashid while Chris Gayle misses to be in the playing XI on his birthday.

PKBS restricted RR to 185 in 20 overs. KL Rahul and Mayank Agarwal came out to open the innings and gave their team a flying start. Both players played shots and showed intent to chase the target as early as possible.

Rajasthan Royals were all over the place in the field. Rahul got three lifelines inside the powerplay as RR fielders kept dropping his catch. The first instance came in the second over when Evin Lewis dropped him.

Riyan Parag was the culprit the second time when he dropped a catch which he grabbed at one point. Chetan Sakariya dropped the third catch in the sixth over off Mustafizur Rehman. This is looking like Rahul’s day as he is living a charmed life in the middle.

Also Read: KL Rahul gives the testimony of the unity of the Indian team

Meanwhile, riding on his luck, Rahul raced to 3,000 IPL runs when he hit successive sixes against Chetan Sakariya. He reached to the milestone in 80th innings making him the second-fastest to reach the milestone just behind Chris Gayle, who did it in 75 innings.

Twitter was buzzing with these many dropped catches and criticized RR fielder for giving too many lives to PKBS skipper.

If you drops #KLRahul 3 times then you don’t deserve a win. #PBKSvRR #IPL2021

Last time when kl Rahul was dropped two times he went on to make a 💯 on the same ground. Let's hope he gets one more century I'll surely win a lot of money on dream 11

Isiliye bottom 3 me he RR

Isiliye bottom 3 me he RR 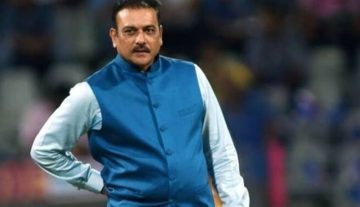