In the 28th match of the Indian Premier League (IPL) 2021, Sunrisers Hyderabad (SRH) will be locking horns with Rajasthan Royals (RR) at the Arun Jaitley Stadium in Delhi on Sunday. SRH is standing reeling at the bottom of the table with just a couple of points in the kitty. While their middle-order concerns have cost them a game or two, SRH’s bowling attack has also been failing more often than not. Although the likes of Kane Williamson and Jonny Bairstow have played their part to perfection, David Warner’s form in IPL 2021 hasn’t been helping their cause.

The injuries to Bhuvneshwar Kumar and T Natarajan have only made things worse for the Sunrisers. With Manish Pandey and Khaleel Ahmed showing signs of improvement, SRH has managed to salvage some pride. Their opponents, the Rajasthan Royals, have won just two out of their six games and despite Ben Stokes and Jofra Archer being ruled out, the Royals have had some decent outings. With Jos Buttler and Chris Morris also looking in good form, RR will fancy the chances of winning the game against SRH.

While the Royals have a comparatively young squad, they can be termed favorites for the game, given the depth and balance of their squad. But their bowling attack will have to deal with SRH’s fearsome top-order, with David Warner being the man to watch out for on Sunday. Overall, both teams will be eyeing a win, with the IPL 2021 points table slowly taking shape with each passing game.

Rassie van der Dussen has arrived in India, but he is still not available for selection. Jaydev Unadkat has a decent record against David Warner and Manish Pandey. With the former out of the picture, given the start SRH get, Unadkat could be used and saved for when Manish arrives, who averages a mere 14 against him. RR would like to include Shreyas Gopal too to give them a frontline spinning option.

Injuries of T Natarajan and Bhuvneshwar have been hurting SRH a lot. However, in a game against a team like RR, they might opt to play both Rashid and Mujeeb. The Afghan duo has picked seven wickets each against RR with an economy rate under 7. Rashid concedes at less than five runs an over against all of RR batsmen. 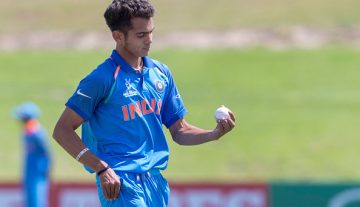