In the 30th match of the Indian Premier League (IPL) 2021 Kolkata Knight Riders (KKR) will be locking horns with Royal Challengers Bangalore (RCB) at the Narendra Modi Stadium on Monday. In the ongoing season so far, RCB is in a commanding position as they have registered five wins in seven games. They are well on course for a playoff finish, with their bowling attack impressing this season.

While the RCB’s middle-order duo of Glenn Maxwell and AB de Villiers has been in good form, Virat Kohli’s getting chances but failing to covert is hurting them. However, the RCB has enough depth and balance in their squad to return to register a sixth win of the season. With Devdutt Padikkal and Rajat Patidar playing some decent knocks in the top-order, the RCB will fancy a win on Monday. On the other hand, KKR is in the bottom half of the IPL 2021 table with just two wins to their name.

Despite having a balanced squad, KKR has been failing to click as a unit. However, they have ample squad depth, with the likes of Karun Nair and Sheldon Jackson waiting eagerly to replace the under-performers. RCB will be having an edge ahead of the game, with Virat Kohli and his men have won all the last four games against KKR. With both teams eyeing a crucial win, the fans will be in for an entertaining game of cricket to kickstart another week of IPL 2021 action.

KKR’s coach Brendon McCullum had promised some changes after their loss against DC. There is a chance of an Indian batsman replacing another with the likes of Karun Nair, Gurkeerat Singh, and Venkatesh Iyer warming the bench and they can be replaced with the likes of Nitish Rana.

RCB might exclude Rajat Patidar as he was struggling to get going in the last game. Washington Sundar can be expected to make a comeback as RCB lack left-handers in the line-up. However, apart from that, they have any changes to do. 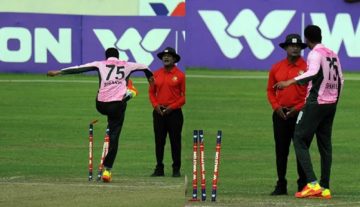