In the 32nd match of the Indian Premier League (IPL) 2021, Punjab Kings (PBKS) and Rajasthan Royals (RR) will be locking horns with each other in Dubai on Tuesday with an eye on starting the second phase of the tournament with a win. It will be the third match of the second leg of the tournament in the UAE. Under the captaincy of KL Rahul, Punjab Kings are sixth in the IPL 2021 standings with three wins from their eight matches and will be hopeful for a comeback during Phase 2 in the UAE.

Rajasthan Royal (RR), on the other hand, is sitting fifth in the table with three wins and four defeats out of the seven encounters so far. They will be without some of the key English players – Jos Buttler, Ben Stokes, Jofra Archer- and it will be interesting to watch who takes up the responsibility to help them to reach the playoff, however, in-form Liam Livingstone can help them a lot.

Moreover, both the teams have faced each other on 22 occasions. Rajasthan Royals under the captaincy of Sanju Samson have won 12 times while KL Rahul’s Punjab Kings have emerged victorious 10 times. Let’s see who comes out on top at the end? The match will start at 07:30 PM IST and will live stream on the Hotstar app in India.

Punjab Kings will see the return of their skipper KL Rahul to the 11 alongside a few more changes as they replaced the likes of Dawid Malan, Riley Meredith, and Jhye Richardson with Aiden Markram, Adil Rashid, and Nathan Ellis. With the wickets assisting slower bowlers, Punjab may opt for players fit for the role.

The Royals have replaced Jos Buttler, Ben Stokes, Jofra Archer, and Andrew Tye with Evin Lewis, Glenn Phillips, Oshane Thomas, and Tabraiz Shamsi ahead of the second phase of IPL 2021. And with many changes to the squad and the return of a few cricketers, who missed out in the first half, the Royals will make quite a few changes to their lineup. And like PBKS, RR also may bulk up the spin bowling options. 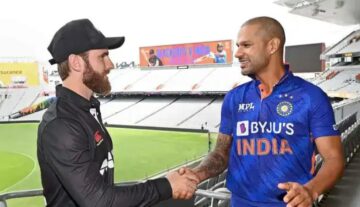