The 36th match of the India Premier League (IPL) 2021 will be played between Delhi Capitals (DC) and Rajasthan Royals (RR) in Abu Dhabi and it will be the first day game of the UAE leg. Rishabh Pant-led DC will be locking horns with Sanju Samson-led RR for the second time on 25th of the September at the Sharjah Cricket Stadium. DC has managed to pull off 7 wins in the 9 games they have played so far, and are currently placed at the top of the points table.

On the other hand, Rajasthan Royals have managed to win 4 of 8 matches so far, and are currently standing fifth on the table currently. In their earlier game against Sunrisers Hyderabad (SRH) in Dubai, DC registered an 8-wicket win. While batting first, SRH only managed to reach 134 on the board, which was chased down by the DC in the 18th over itself to fetch their third consecutive win.

On the other hand, RR had locked horns with Punjab Kings (PBKS) in Dubai, where they won the game by a narrow margin of 2 runs. Against Rajasthan Royals’ 185 runs, Punjab Kings put up 183 and lost the game in the last over. The two teams have played 23 matches against each other in the history of IPL so far, where DC won 11 matches while RR won 12 games. The last time they played against each other in this season, RR defeated DC by 3 wickets.

Ahead of the MI vs KKR match of IPL 2021, let’s have a look at 3 interesting player battles to watch out for.

Evin Lewis came out all guns blazing against PBKS and smashed 36 runs. The southpaw played his first game of the season in UAE. With his great knock in the last match, Lewis will aim to play another good knock against DC. Anrich Nortje will have the task to neutralize the threat of Evin Lewis. Nortje usually bowls the starting overs for DC and Even Lewis bats as an opener for RR. Hence, both the players will definitely face each other and it will be interesting to watch who among the two overpowers the other.

Shikhar Dhawan had a phenomenal outing in his first match of the UAE leg of the IPL 2021  against SRH. With 422  runs in 9 games, Dhawan is the highest run-scorer for DC as well in the tournament. He has only managed to score 3 half-centuries in the tournament and will be eager to score another big knock.

Chetan Sakariya will have the task to send back Dhawan as early as possible. In the previous game, he bagged the crucial wicket of KL Rahul. Sakariya has picked 8 wickets in 8 games so far. After Andrew Tye deciding to pull out from the UAE leg, Sakariya is one of the most dependable pacers for RR.

Liam Livingstone has the ability to demolish any bowling line-up in the world and that makes him the most dangerous batsman in the RR team. In IPL 2021 so far, he hasn’t played many games but he has been doing very well in other leagues. However, against DC, Kagiso Rabada will be given the responsibility of dismissing Livingstone without a big score. Rabada is a wicket-taking bowler for DC and that makes his battle with Livingstone an interesting one. Then it will be exciting to watch if Rabada manages to attack Livingstone with his deliveries or not. 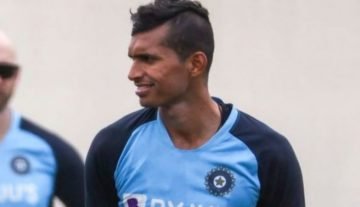